“It’s something that gives us really extreme, extreme concern,” Holder said during an interview on ABC’s This Week With George Stephanopoulos that aired Sunday. Holder spoke from London, where he was meeting with European officials to discuss security issues.

U.S. officials learned earlier this year that a Syrian al-Qaeda affiliate was collaborating with the Yemen-based bomb designers behind the Christmas Day “underwear bomb” from 2009. Authorities have been aware of threats posed by both groups, but intelligence reports of their work together have raised fresh concerns.

The Transportation Security Administration has also recently increased security at overseas airports in response to concerns that Syria-based terrorists could try to hijack a plane bound for Europe or the U.S. with help from U.S.- and European-passport-carrying fighters in the area.

Approximately 7,000 people, including many Americans, have joined about 16,000 fighters in Syria, and FBI Director James Comey says the government is devoting “a tremendous amount of time and effort to identify” those who’ve gone to Syria, where the Islamic State of Iraq and Greater Syria (ISIS) is active.

“This is not a test,” Holder said of new air-travel security measures. “We’re doing something in reaction to things that we have detected.” 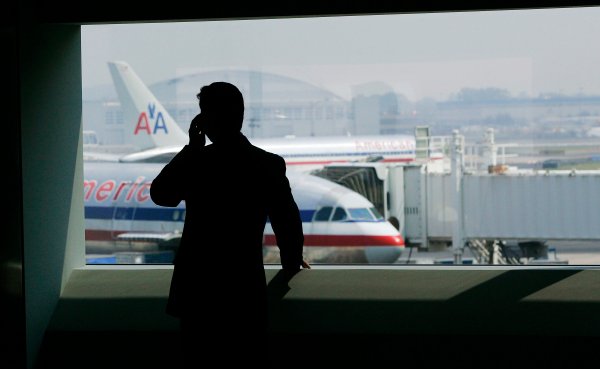 Here’s Why the TSA Is Worried About Your Phone
Next Up: Editor's Pick