Christie: Gay Marriage "Settled" In New Jersey But Republicans Shouldn't Give Up Fight

New Jersey Gov. Chris Christie said Saturday that while same-sex marriage is “settled” in New Jersey, it’s not time for opponents to give up the fight.

Speaking to reporters at the National Governors Association, Christie said it is not time for Republicans to drop the issue, which is entrenched in the party’s platform but contributes to the party’s difficulty with younger voters. “I don’t think that there’s going to be some major referee who’s going to say now it’s time to stop,” he said, referencing his own opposition to the unions. “Certainly I’m not going to, because these are opinions that I feel strongly about.”

“The country will resolve this over a period of time,” he added, saying it is important for people to respect those who disagree with them on the issue. “But do I think it’s resolved now? No.”

Christie, seen as an all-but-certain candidate for the Republican presidential nomination in 2016, said the party should not attempt a national campaign on the issue. “It should be done state by state,” he said.

Nineteen states and the District of Columbia allow same-sex marriages, with most states’ legal bans currently under challenge in federal courts across the country. Many leading operatives have called on the party to soften its stance on same-sex marriage in order to return to the majority, but national Republicans have been slow to drop their opposition. Just four GOP lawmakers in Congress are in favor of allowing the marriages, and just one presidential prospect, Ohio Sen. Rob Portman, is supportive.

Christie dropped a legal fight to block same-sex marriage in New Jersey in 2013 after the State Supreme Court indicated it would not stop the unions, saying now: “Yeah, it is a settled issue in New Jersey.”

“When I know that I’ve been defeated you don’t bang your head against a wall and spend taxpayer money to do it,” he said, explaining his decision. “Absent a change in the legislature, I think at the moment it’s settled law in New Jersey.”

Asked whether the country could resolve in favor of traditional marriage despite the momentum behind the “marriage equality” movement, Christie replied “I don’t know, I don’t have a crystal ball.” 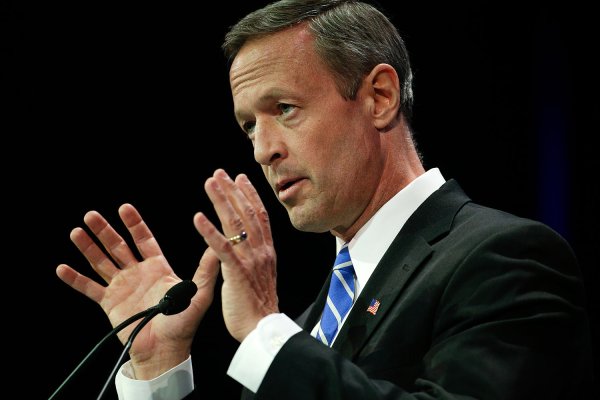 O'Malley Breaks With Obama Over Kids Crossing Border
Next Up: Editor's Pick