Here Are The Questions Chris Christie Doesn't Want To Answer

Sometimes the straight-talking governor of New Jersey doesn’t talk all that straight.

Gov. Chris Christie casts himself as a decider, steering his state through rough economic waters, while setting himself up for a run for the White House. At the National Governors Association meeting in Nashville on Saturday, Christie lambasted the Obama administration’s Middle East policy and its inability to negotiate with Congress.

But he skipped as many issues as he took on. Just what he would do when faced with some of the nation’s hardest policy challenges remains unclear. The man who hopes to one day inhabit the Oval Office repeatedly noted that he doesn’t yet have the job—a rhetorical crutch to avoid saying what he’d do if he got it.

Here’s the list of the questions he dodged from reporters:

On raising the gas tax to pay for transportation infrastructure:

On whether the unaccompanied minors cross the border illegally into the united states should be sent back:

“I’m not going to get into all that. Again, that’s Washington’s job to figure these things out.”

Should the United States intervene militarily against Hamas?

“I’m not going to give opinions on that. I’m not the president.”

Has he decided on whether illegal immigrants in the United States should be presented with a path to citizenship as part of an immigration reform package?

“No, not as Governor of New Jersey I have not.”

He’s brusque, he’s brash. He’s famous for his back-and-forth exchanges with protestors and hecklers. And even in dodging questions, Christie has a matter-of-fact speech and abrupt delivery that suggest candor. But sometimes he still doesn’t want to answer the questions. 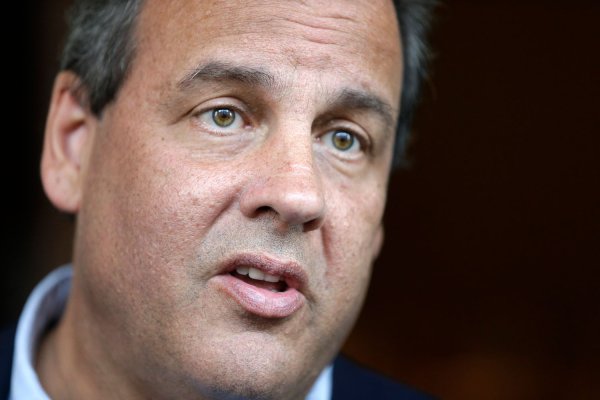 Christie: Gay Marriage ‘Settled’ in NJ, Not Across Country
Next Up: Editor's Pick