The United Nations Security Council called Saturday for a ceasefire in the Palestinian-Israeli bombardments as casualties in the Gaza Strip continue to rise.

All 15 Security Council members approved of a statement that called for a de-escalation of violence. The statement also suggested direct negotiations between Israelis and Palestinians aimed at achieving a comprehensive peace agreement based on a two-state solution, the Associated Press reports.

The Security Council did not give a timeline for a ceasefire, but Palestinian U.N. envoy Riyad Mansour said it should be understood to go into effect immediately.

Israeli airstrikes have killed over 120 people in the Gaza Strip since bombardments began this week. Over half of the casualties are civilians, including women and children. A mosque and a center for the disabled were struck Saturday, while Israel later said the mosque was being used to store rockets to be fired at Israeli territory. 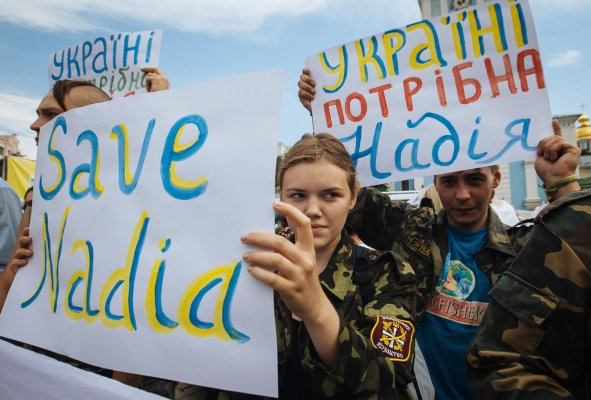 The Strange Case of Vladimir Putin and the Ukrainian Pilot
Next Up: Editor's Pick