Clinton's Potential 2016 Rival: We Can't 'Send Children Back to Death'

Maryland Gov. Martin O’Malley broke publicly with President Barack Obama and former Secretary of State Hillary Clinton Friday, calling for a more humane policy toward the tens of thousands of unaccompanied minors who have illegally crossed into the United States.

“It is contrary to everything we stand for to try to summarily send children back to death,” the Democratic lawmaker told reporters. O’Malley also criticized the “kennels” in which those who have been detained are being kept and calling for the children to be placed in “the least restrictive” locations, including foster homes or with family members in the U.S.

“Through all of the great world religions we are told that hospitality to strangers is an essential human dignity,” O’Malley said. “It is a belief that unites all of us. And I have watched the pictures of young kids who have traveled for thousands of miles. I can only imagine, as a father of four, the heartbreak that those parents must have felt in sending their children across a desert where they can be muled and trafficked or used or killed or tortured. But with the hope, the hope, that they would reach the United States and that their children would be protected from what they were facing at home, which was the likelihood of being recruited into gangs and dying a violent death.”

Speaking to reporters on the margins of the National Governors Association, O’Malley, who is weighing a bid for the Democratic nomination for president in 2016, declined to talk about his political future. Still, his response was a clear effort to distinguish himself from his leading rival and the incumbent president. Clinton told CNN last month that most of those detained should be sent back. “They should be sent back as soon as it can be determined who responsible adults in their families are,” she said. President Barack Obama said Wednesday that the parents of the migrants need to know that “it is unlikely that their children will be able to stay.”

O’Malley went so far as to call the children “refugees,” a term with legal weight that would allow most of them to remain in the U.S. He called on Congress and the President to avoid modifying the Trafficking Victims Protection Reauthorization Act of 2008. That measure requires that children who are not from Canada or Mexico who have crossed the border to be given an opportunity to see an immigration judge to make their case for amnesty. Lawmakers on both sides, as well as the White House, are reviewing ways to amend that law to ease deportations of the tens of thousands of migrant children, who are largely from El Salvador, Guatemala, and Honduras.

O’Malley said “the whole world is watching” how the U.S. responds to the humanitarian crisis.

“We have to do right not just by these kids but by our kids and protect the children who are here, put them in the least restrictive settings, get them out of these detention centers and these kennels where they are being cooped up, and operate as the good and generous people that we have always been,” he added. “That’s what’s at stake here, as well as the lives of these kids.” 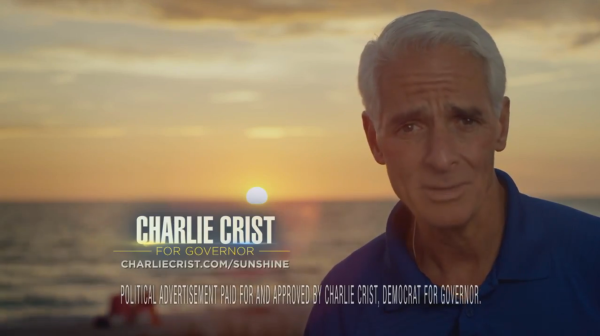 Top Six Political Campaign Ads of the Summer
Next Up: Editor's Pick