Don't Worry, Brazil. You've Still Got a Shot at the Quidditch World Cup

Brazil may have a chance to redeem their 7-1 World Cup loss to Germany—at least in the wizarding world. The Harry Potter fan site Pottermore Friday began live-blogging the Bulgaria-Brazil Quidditch World Cup, with updates from Rita Skeeter and Ginny Potter.

Viktor Krum, Hermione, and Neville Longbottom all make appearances in the updates from Pottermore, where J.K. Rowling released Tuesday a new story about Harry and his friends. While Ginny Potter (who has apparently chosen to take Harry’s name after their marriage) focuses her commentary on the skilled Brazilian chasers, Skeeter’s commentary strays more towards gossip about Dumbledore’s Army.

“Neville Longbottom is already on his feet cheering, even though nothing has really happened yet. Is he drunk?” Skeeter ponders.

And Ron doesn’t seem to have let go of the hard feelings about his now-wife Hermione once dating the Bulgarian seeker Viktor Krum. “Harry Potter is cheering every well-hit Bulgarian Bludger, whereas his supposed best friend Ronald Weasley appears to be gnashing his teeth in chagrin,” Skeeter notes.

Ron (and Brazil) may be in for a relieving ending—the Brazilian Quidditch team led 50-20 as of press time. 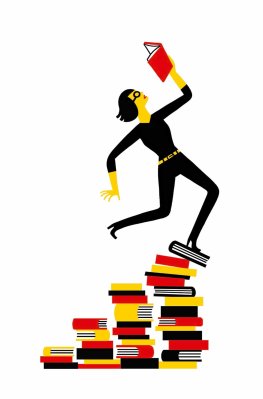 Self Helpless: Why Do We Keep Searching for the Perfect Advice Book?
Next Up: Editor's Pick