“In order to win at life, you need some Kim K skills,” Kanye West told GQ in a recent interview. But how do you get that life-winning ability to pose, network and maneuver your way to fame? By playing her gaming app, Kim Kardashian: Hollywood, of course. Forbes estimates Kardashian herself could make $85 million from the game, and it’s been a blockbuster ever since its release almost a month ago.

The app is an immersion into the glamorous Kardashian world, complete with photo shoots, club openings and feuds with wannabe celebrities. It’s the fame game, and it’s addictive; you simply can’t stop checking your makeup, posing and attending promotional events. More than 100,000 users have given Kim Kardashian: Hollywood a perfect rating in Apple’s App Store, driving up shares of Glu Mobile, the company behind the game, 24% since it was released June 25. In-app purchases — things like clothes, energy, cash and star-power can be acquired with real-world money while playing the game— could generate an annual revenue of $200 million.

I’m no Hollywood fashionista, but from the first time I played, I had a nagging sense of déjà vu. Slowly, it dawned on me: I’ve heard this story before, in 11th grade English class. Kim Kardashian: Hollywood reminds me of that super-long 14th-century poem about the nine circles of hell, each filled with sinners punished in a manner fitting their crimes, poetic justice if you will. Kim Kardashian’s game is Dante’s Inferno.

It’s basically the same idea, except you (Dante) can dress up in customizable hair and outfits that get increasingly elaborate as you get richer/closer to the center of hell. Kim is like Virgil, but she traded in her black robe for a sparkly silver dress, because shrouds are so 14th century. The circles of hell are levels of fame, natch.

But what’s so hellish about an addictive game that allows users to play at being beautiful reality show stars? Um, everything. In the Kim Kardashian universe, your character can’t sleep, eat or see any friends who aren’t “contacts” to help you get more famous. You have no family (Kim has family, but you don’t) and nobody to love. Your only human contact is with other game characters with whom you can either choose to “network” or “flirt.” You’re not allowed to do anything but go to club openings, photo-shoots or red carpet premieres. You can’t read.

The only good thing about this world is that a flight from LA to Miami costs $15.

It’s no coincidence that you enter this inferno by committing one of the seven deadly sins: Greed. When the game starts, you’re a lowly boutique clerk, and you’ve just closed up the aptly-named “So-Chic” store, when you’re approached by the one and only Kim Kardashian. “Hi! Is this your store? Are you open? I could really use your help,” her character says. Your options are: “still open,” “just closing,” and, in a terrifying premonition of your name-dropping future, “Kim Kardashian.”

If you have any respect for order in the universe, you pick “just closing,” because you did just close the store, and no celebrity will make you break the rules. But if you do that, Kim Kardashian says, “Oh no! I’m having a fashion emergency. The back of my top is ripped, and I’m on my way to a shoot with Garrett St. Clair, THE Garrett St. Clair.” Because you’re supposed to know who that is.

“I don’t want him to see me like THIS,” she whines. “But I don’t know of any boutiques around here.” She’s in downtown L.A., mind you.

Here, the game gives you no option. The only possible choice is “I can help!” If you try to leave and return to normalcy, Kim Kardashian says “I love fashion and I love to shop!” The game forbids you from exiting, and you can feel the devil’s icy claws clutch your ankles.

At this point, you are already doomed, your soul has already become too blackened for absolution. For when Kim Kardashian asks how much the outfit is, the game’s only option is to tell her: “no charge.” When she says “No, really? I can’t!,” the game’s only option is “(insist.)” Later, when your boss asks you to work on a night when Kim has invited you to a party, your only options are “use your charm” and “mention Kim.” Blowing off the party and going to work is not a possibility. You’re in Kim’s world now.

There’s no way to get through the game without committing one of the seven deadly sins at almost every possible junction. You go out of your way to humiliate your enemy, Willow Pape (Wrath.) You’re always trying to be as famous as Kim (Envy) and you’ve got an eye on your next big publicity stunt (Pride.) After the first level, you never go back to work at “So Chic,” (Sloth) and dollar bills appear every time you check your makeup (Greed.) We all know what your manager means when he tells you to “keep your head down – or up…or wherever the photographers want it!” (Lust.) The only sin you don’t commit on the long journey from D-list tag-along to A-list star is Gluttony, because this is Los Angeles, after all.

It’s been nearly a month since the game came out, and I’m still in Kim Kardashian’s Hollywood, checking my eyeliner, changing my outfit, flirting and networking and promoting brands and slowly spinning deeper and deeper into darker circles of hell. Abandon all hope, ye who enter here. 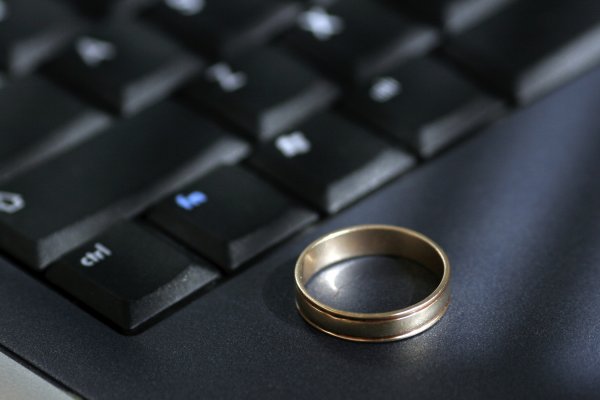 Don't Blame Facebook For Your Divorce
Next Up: Editor's Pick