Planet of the Apes: That Couldn't Happen....Right?

Dawn of the Planet of the Apes is the eighth film in the series.
Twentieth Century Fox/Courtesy of Everett Collection
By Michael D. Lemonick

Part of the job of any science reporter is to ruin your moviegoing experience. Blown away by Gravity? Here are all the ways they got the science wrong. Charmed by A Beautiful Mind? Sorry, it utterly fails to capture the essence of mathematics (and that moving fountain-pen ceremony is a total fabrication, says Princeton University, where it was supposed to have taken place, so there).

Now comes Dawn of the Planet of the Apes, a film rich in opportunities to take scientific potshots. I mean, c’mon—super-intelligent chimps who form their own breakaway society? Which is in some ways more gentle and noble than the human one they left behind, although they’ll fight if they must? How absurd is that? Could such a thing ever happen?

Well, not next week, but while Dawn isn’t exactly reality based, the science underneath all of that dramatic speculation isn’t entirely bogus either. Take the apes’ transition from ordinary chimpiness to hyper-intelligence, as laid out in 2011’s Rise of the Planet of the Apes. It comes about through an experimental virus that alters the animals genetically. In fact, deactivated viruses are how doctors attempt to inject new, healthy genes into victims of genetic disorders. The technology is still highly experimental, but there’s no reason to think it won’t be perfected someday.

Moreover, while it’s clear that there’s no single gene governing intelligence—and that intelligence itself comes in different types—it’s equally clear that smarts, however you define them, have a genetic component. It’s not much of a stretch to imagine that we’ll identify the genes in question, and find ways to insert them into the brains of both people and, should we be so insane as to do so, apes as well.

As for how these simian Einsteins would actually behave, the film is at least plausible on that score as well—as long as you don’t look too closely. That’s how Frans de Waal sees it. He’s an expert on primate behavior based at Emory University, and he says there are key elements in the movie that ring true.

For one thing, he says, chimps may never be fully as intelligent as humans, gene therapy notwithstanding (“our brains are physically three times bigger—this is not a small difference”). But de Waal adds, “chimps do have many mental capacities—thinking about the future, planning ahead,” which are necessary for the sort of strategic thinking they do in the movie. “So that’s not unrealistic.”

It’s also not at all unrealistic that the primates in Dawn would band together to fight their human antagonists. “Chimps do wage war,” de Waal says. “They’re quite territorial.” As an admirer of chimps and other primates, he was worried that his cross-species friends might be stereotyped. “I was afraid they’d portray the apes as aggressive and the humans as angelic—but it’s the opposite. The apes want peace in the beginning.”

Also realistic is the stormy relationship between noble Caesar, the apes’ leader, and Koba, the cranky ape who was scarred both physically and psychologically by cruel humans. “They fight,” says de Waal, “but they reconcile afterward, which is something chimps really do. I’ve studied this for many years.” In real life, he explains, chimps patch up their differences by kissing on the mouth, whereas in the film they make up with a more conventionally manly hand-clasp. But still, bonus points for truthiness.

De Waal notes a few other, less defensible inaccuracies. Real apes don’t produce tears when they’re sad, but Dawn apes do; real apes don’t walk on two legs nearly as much as the Dawn apes. They don’t use spoken language, either, and while de Waal believes they could if they really wanted or needed to, it’s not clear why they would prefer speaking to signing—something apes are already physiologically equipped for. To the extent that that and other forms of ape body language are shown, they’re misrepresented. “The apes’ nonverbal communication has been humanized,” he says.

De Waal’s other complaint, albeit a minor one: “This is very much a macho movie,” he says. “It has only a few female characters. It’s mostly just males running around and shooting each other.” A true portrayal of ape society—even one based on a science-fictional premise—would include typical behaviors like feeding, grooming and sex. “It disturbed me a little,” he says. “It was just like a Schwarzenegger movie.” 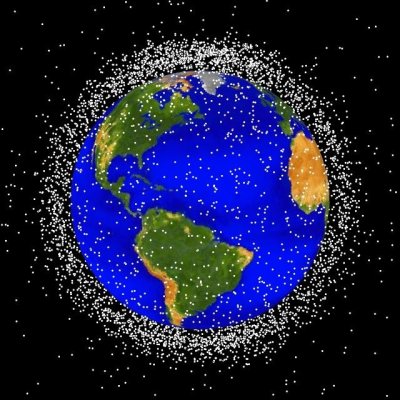 You Should Worry (a Little) About Falling Space Debris
Next Up: Editor's Pick