A nurse takes blood for a free HIV test during an HIV/AIDS awareness rally on World AIDS Day in San Salvador on December 1, 2011.
Luis Galdamez—Reuters
By Melissa Hellmann

The World Health Organization has suggested for the first time that all men who have sex with men should take antiretroviral medicine, warning that HIV infection rates among gay men are exploding around the world.

In guidelines published Friday, it said that it “strongly recommends men who have sex with men consider taking antiretroviral medicines as an additional method of preventing HIV infection.” Similar guidelines were issued by the U.S. in May.

Gottfried Hirnschall, the head of WHO’s HIV department, says that infection rates among homosexual men are increasing again 33 years after the epidemic hit, partially because the infection doesn’t hold as much fear to a younger generation with access to drugs that enable users to live with AIDS.

“We are seeing exploding epidemics,” Hirnschall told reporters in Geneva.

Although HIV infection rates did drop by a third between 2001 and 2012, Hirnschall characterized progress as “uneven.” 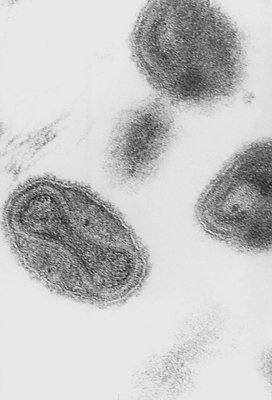