U.S. Spy Scandal in Germany Is Music to Putin's Ears

The American habit of spying on its European allies turned out to be one of the more memorable topics to come up in April when Vladimir Putin held his annual call-in show on Russian television. Toward the end of the four-hour marathon of questions for the Russian President, Putin was asked about the tone of his conversations with European leaders. He gave a wry response. “It’s hard to talk to people who speak in whispers to each other even when they’re at home, because they’re scared the Americans are eavesdropping,” Putin said, causing a wave of laughter spread across the studio audience. “Listen, I’m being serious,” he deadpanned. “I’m not kidding.”

But it must have been hard for him not to smile at the latest U.S. spying scandal this week. Germany on Thursday asked the resident spy chief at the American embassy in Berlin to leave the country after German authorities uncovered two spies in the course of a week, both of them allegedly selling secrets to the U.S. from inside the German intelligence service.

The depth of the outrage left no one laughing in the German capital, though there was no doubt something comical in the whole affair. As Thomas de Maiziere, the German Minister of Interior, put it in a statement on Thursday: “The information reaped by this suspected espionage is laughable.” He did not say exactly what the information was, but German media have reported that it pertained to a parliamentary investigation into past allegations of American spying in Berlin.

“That’s so stupid that one can only cry at the foolishness of it,” the influential German Finance Minister Wolfgang Schaeuble said, adding in televised comments that Chancellor Angela Merkel is “not amused” by the latest scandal.

Neither is the diplomatic corps in Washington. With the West locked in its worst dispute with Russia since the Cold War, the U.S. and Europe need to form a united front against the Kremlin more now than at any point in a generation. That much was clear on Wednesday when Victoria Nuland, the Assistant Secretary of State for European and Eurasian Affairs, went before the Senate’s Foreign Relations Committee to discuss the standoff with Russia.

The Senators demanded to know why the U.S. had not moved ahead with another round of sanctions to punish Russia for its military incursions in Ukraine, instead only making what Bob Corker, the committee’s ranking Republican, called “hollow threats.” Looking down at Nuland from his desk, Corker added, “It has to be very frustrating to continue to wake up in the mornings and look in the mirror and practice talking tough, but know that nothing’s going to happen.” The diplomat replied that the White House did not want to move against Russia alone and was waiting for the Europeans to come on board. “As the President has said, these sanctions will be more effective, they will be stronger, if the U.S. and Europe work together,” Nuland said.

But the following day, it became much harder for that cooperation to move ahead when Germany asked the top U.S. intelligence official in Berlin to get out. Making the case for another round of Western sanctions against Russia requires a great deal of intelligence sharing between the U.S. and its European allies. Their spy agencies need to provide each other with evidence of Russian meddling in eastern Ukraine, evidence that is often obtained through espionage. So however laughable the substance of U.S. spying in Germany may have seemed to officials in Berlin, their response has severed a key channel for exactly that kind of confidential communication with Washington.

For Russia, that is fantastic news. The state-run media in Moscow splashed the latest blow to U.S.-German ties across their headlines on Thursday evening, and as Putin has long made clear, he would love for the Europeans to reconsider their transatlantic alliances. “The modern world, and especially the Western world, is very monopolized,” Putin said during his call-in show in April. “Many Western countries, however unpleasant this may be for them to hear, they have willingly given up a significant part of their sovereignty. In part this is the result of the policy of forming blocs.”

The blocs Putin was referring to were the European Union and NATO, the military alliance that Russia sees as a strategic threat to its security. Over the years Putin has made no secret of his desire to see NATO downsized if not dismantled, and amid his recent standoff with the West over Ukraine, he has made a point to sew discord within that bloc of Western nations, most recently and publicly during his call-in show this spring. Just after his joke about European leaders whispering in their kitchens, the hosts of the tightly choreographed program took a call from Berlin, where a Hungarian political commentator named Gabor Stier asked Putin a somewhat leading question: “Aren’t you afraid that the U.S. will spoil Russia’s relations with Europe for a long time to come?”

Putin’s response was winding, but it ended with an anecdote meant to embarrass the current Secretary General of NATO, Anders Fogh Rasmussen. Years ago, when Rasmussen was still serving as the Prime Minister of Denmark, he asked for a private meeting with Putin, who said he was glad to oblige. “It turns out he took a tape recorder with him, secretly recorded our conversation and then published it in the press,” Putin claimed. “What kind of trust could there be after such incidents?”

NATO dismissed the allegations as “complete nonsense” and claimed Putin was simply trying to “divert attention” away from Russia’s meddling in Ukraine. But that probably wasn’t the aim of the anecdote. Putin’s more likely goal was to make the members of the NATO alliance suspect each other of spying and, ultimately, to erode the trust on which that alliance is based. Already the fallout from Germany’s latest spy scandal with the U.S. seems to have achieved something close to that very outcome, and if it leads to a rupture in their relationship, Putin will surely be able to allow himself a mischievous smile. 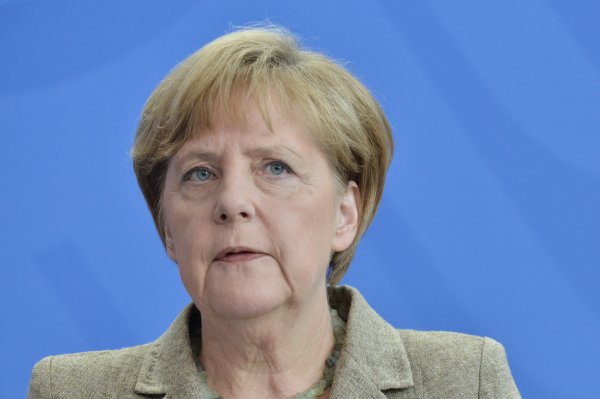