Why a Portuguese Bank's Problem Is Costing You Money

You don’t have money deposited at Banco Espirito Santo SA. You probably don’t own its bonds, or its stock. Or stock in Espírito Santo Financial Group SA, which apparently controls the bank or in Espirito Santo International SA, the Luxembourg holding company that issued the now-faltering commercial paper that is at the center of all this. You probably have never even heard of Banco Espirito Santo, which has been described as one of Portugal’s leading financial institutions, which would be significant if Portugal’s economy was significant. But that nation’s GDP of $220 billion makes it bit player in the European zone. Even Greece is bigger.

Still, troubles at Banco Espirito Santo have spread to other segments of the European banking system and then reverberated across the pond to Wall Street, sending the Dow down 180 points in Thursday morning trading. So even if you owned the bluest of blue chip stock with no exposure to European banking, you still lost money.

How does that work? It’s just another reminder that everything financial in the world is connected in one way or the other. So a seemingly containable problem in a Portuguese bank can quickly find a way into your pocketbook. “The event has hit European financials like a torpedo and has revived investors’ darkest nightmares about Europe,” the Financial Times quoted one equity strategist as saying.

The issue for investors is to decide whether this is a one-off problem or a hint of bigger troubles in Europe, whose economic recovery has lagged that of the U.S. While some are looking for other evidence, others aren’t waiting to find out. They headed for the exits, pushing gold higher and the yield on ultra-secure German bonds lower. Portugal’s stock market took a hit as Banco Espirito Santo’s shares tumbled 17%. Shares of Spanish and Italian banks fell sharply, too. Spain and Italy are bigger economies than Portugal but they’ve had similar problems. So bond yields on Italian and Spanish debt rose and Greece, not surprisingly, finds the market for its own bonds shrinking.

And if a trader for an institution held a long position on Spanish and Italian debt, say, he might forced to sell some other assets to cover that position. Those other assets might be U.S. stocks.

It’s a Portuguese problem, but it’s now your loss too. 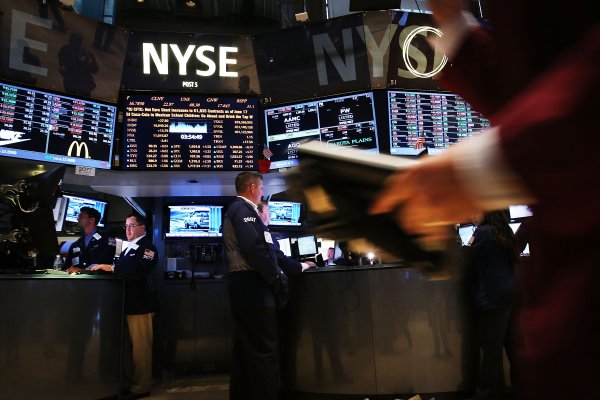