Germany told the top U.S. intelligence official at the American embassy in Berlin to leave the country, the German government said Thursday.

Steffen Siebert, a spokesperson for German Chancellor Angela Merkel, said the American official has been asked to leave as a result of ongoing investigations into alleged U.S. spying in Germany.

“We have seen these reports and have no comment on a purported intelligence matter,” said Caitlin Hayden, spokesperson for the U.S. National Security Council. “However, our security and intelligence relationship with Germany is a very important one and it keeps Germans and Americans safe. It is essential that cooperation continue in all areas and we will continue to be in touch with the German government in appropriate channels.”

Earnest said he knew of no contacts between POTUS and Angela Merkel, other than last week’s conversation that preceded the announcement by German law enforcement officials about the alleged espionage.

The move comes amid growing tension between Germany and the U.S. over revelations of spying. Reports surfaced last year that intelligence officials tapped Merkel’s personal cell phone. And German media reported earlier this month that a foreigner arrested on suspicion of spying had been acting on behalf of the U.S.

“If this is true … I would see this as a clear contradiction to what I understand as trusting cooperation of intelligence services as well as of partners,” Merkel said when asked about the arrest Monday. 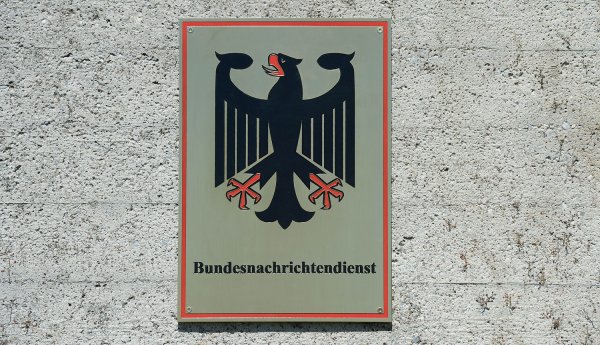 Germany Arrests Man Said to Be U.S. Spy
Next Up: Editor's Pick