Baker was the 61st U.S. Secretary of State when Shevardnadze was Soviet Foreign Minister
Jan Grarup—Laif/Redux
By James A. Baker III

Eduard Shevardnadze, the Foreign Minister of the Soviet Union who helped lead his country into the sweeping changes that peacefully ended the Cold War, died July 7 at 86. He will have an honored place in history if for no other reason than that he and Soviet leader Mikhail Gorbachev refused to use force to preserve the Soviet empire. But he did much more.

A wise and crafty statesman, Shevardnadze also played key diplomatic roles in the far-reaching changes that swept across his country and Europe. Together, Gorbachev and Shevardnadze had the vision to work with their Cold War adversaries to reunite Germany in NATO, negotiate far-reaching nuclear and chemical arms treaties and allow members of the Warsaw Pact to determine their own futures. Time and again, Shevardnadze showed uncommon political courage as he battled Soviet hard-liners who were more interested in sustaining authoritative repression at home and permanent conflict abroad than they were in reform of the Soviet Union. While he was forced to retire from the presidency of post-Soviet Georgia, that should not diminish his stature as a great statesman.

Gorbachev perfectly described Shevardnadze on the day of his death as “a true supporter of new thinking in global affairs.” Indeed he was. Shevardnadze helped transform his country, Europe and the world.

Baker was the 61st U.S. Secretary of State when Shevardnadze was Soviet Foreign Minister 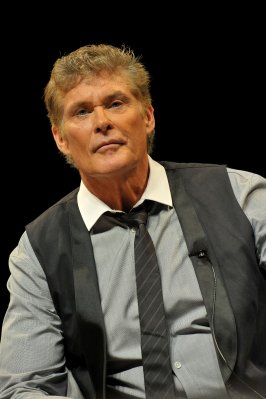 Hasselhoff Being Sued Over a Berlin Wall Documentary
Next Up: Editor's Pick