A member loyal to the Islamic State in Iraq and the Levant (ISIL) waves an ISIL flag in Raqqa June 29, 2014.
Stringer/Reuters
By Stephanie Burnett

Iraq has told the U.N. that Islamist insurgents have seized nuclear materials used for scientific research from Mosul University in northern Iraq, according to Reuters.

The letter, obtained by Reuters, calls for international assistance to “stave off the threat of their use by terrorists in Iraq or abroad” and warns that the materials could be smuggled out of Iraq.

“Terrorist groups have seized control of nuclear material at the sites that came out of the control of the state,” wrote Alhakim. He added that they “can be used in manufacturing weapons of mass destruction.”

“These nuclear materials, despite the limited amounts mentioned, can enable terrorist groups, with the availability of the required expertise, to use it separate or in combination with other materials in its terrorist acts,” said Alhakim.

A U.S. government source familiar to the situation told Reuters that the materials seized do not appear to be enriched uranium and therefore would be difficult to produce weapons from.

A Sunni militant group called the Islamic State, formerly known as the Islamic State of Iraq and the Levant, has stirred violent unrest and occupied large areas of Syria and Iraq in recent months.

“The Republic of Iraq is notifying the international community of these dangerous developments and asking for help,” said Alhakim. 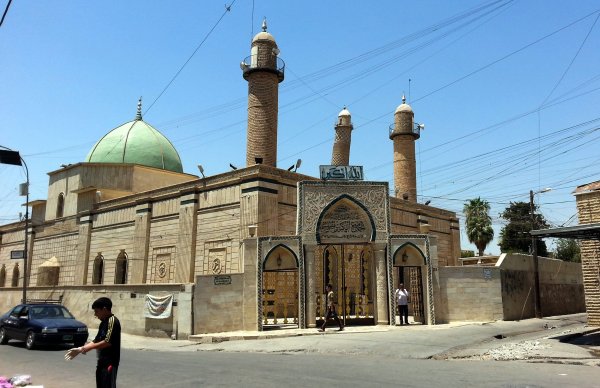 What Life Is Like in Iraq's City of Mosul Under ISIS Rule
Next Up: Editor's Pick