No doubt about it, we are living in the age of wrinkles. The population of “elderly” in America and in almost all areas of the world is growing fast—faster than the overall total population. It is no secret baby boomers are hitting age 65 in big numbers. In America, already roughly one out of seven people is 65 or older. That number will be one out of five people in 2030, according to estimates by the U.S. Census Bureau.

Bring on the wrinkles. And no doubt more and more suggestions, options, and procedures to try to beat the clock and present smooth “youthful” skin.

(MORE: Quiz: Find The Best Diet For Your Personality)

Yes, we are living longer, but the cult of youth has made women (and men) more and more self-conscious and obsessed with looking younger than we are. Certainly images touted in today’s media, often of celebrities and then globalized, have made things worse. Too often, it seems to me, giving up seems like the easy way out. Too many women 40 and up se laissent aller, let themselves go. Look around: fat is becoming scarily acceptable, so is dressing down, poorly and distastefully (sometimes under the so-called umbrella of “comfort”).

A great number of women tend today, I believe, to behave in extremes; they are “all or nothing” in their approach to dieting for instance, which I think parallels how some women approach aging. Once they feel old, many give up. Or they have a moment of firm resolve and want almost instant gratification at the physician’s office. Liposuction and full or partial facelifts are choice items on the menu, with the former far more popular than the later, in part because facelifts are so expensive. And there are, of course, habitual Botox injections.

What is troubling is that facelifts have seemingly become the first choice magic option rather than the culmination of a skin care, nutrition, grooming and dressing program for life that pays attention to gravity and aging.

Embracing aging and developing a positive mindset, an attitude that results in a healthy lifestyle is the anti-aging magic bullet. It is the powerful mental medicine that can cure some of our ills and enhance our pleasures through life.

(MORE: It Is Now Legal for Women to Wear Pants in Paris)

Women should stop trying to dress like their daughter or younger self. At a certain point, they should cover up arms. Throw away the bikini. And go lighter on the makeup. Too much makeup as we age generally makes us look worse not better. Think thrice about drawing attention to sags and wrinkles. And, oh, consider retiring the red lipstick.

Pre-school colors draw attention to us—as sexy and attractive as red lipstick can be—and should invite us to look into the mirror and see who we really are now, not kid ourselves by seeing our younger or lighter selves or who we think we are or want to be? Want to draw attention to face and especially upper lip wrinkles, try red lipstick. Red is the attention color. That is not really debatable…ask any bull.

(MORE: Reversing Aging: Not as Crazy as You Think)

Before the facelift bell goes off at, say, 60 (though for some it seems to ring at 40), there are a lifetime of simple skin-care rituals people can follow that will delay the bell—from keeping the skin moist through good hydration (drink water, water, water) to cleaning one’s face and pores at night religiously, to using a light moisturizer daily, to avoiding too much sun. Basic routines not rocket science.

Keeping yourself well-groomed can also shave years off your appearance and years off your mental outlook, and nothing is more revealing than one’s hair. Lots happens to our hair as we age, so get a smart cut that fits your age and face and keep it looking good. It is an easy way to look younger and generate compliments that give you a boost.

Certainly in my native France, a woman in her forties and fifties is still alluring and seen as an object of desire and acts the part. She feels it and acts it, but doesn’t pretend she is ageless. She pampers her face with creams and lotions and wants her face to look natural and not tired, and she wants to think of herself as sexy and not old. Sounds good to me.

It is called living bien dans sa peau, comfortably in your own skin.

Mireille Guiliano is the author of French Women Don’t Get Facelifts: The Secret of Aging with Style & Attitude.
MORE: Google’s Calico: the War on Aging Has Truly Begun 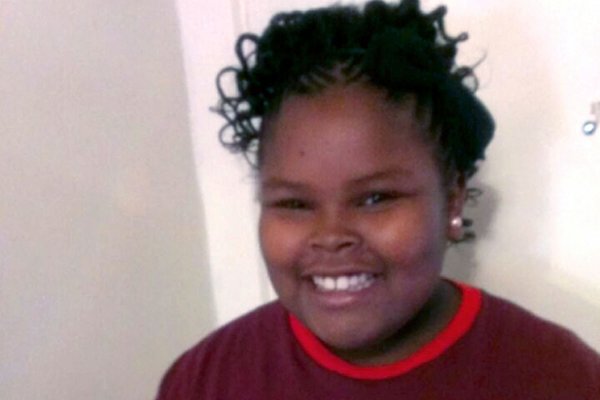 Surgeon: What They Don't Teach in Med School
Next Up: Editor's Pick