President Harry S. Truman rolls one down the alley at the formal opening of the White House bowling alley on April 19, 1947 in Washington.
AP
By Zeke J Miller

Ninety minutes after TIME reported that the two bowling lanes at the Eisenhower Executive Office Building were set to be gutted and replaced, the GSA, which posted a bid solicitation for the project hours earlier, cancelled it.

“It has been fifteen years since these lanes have had any professional, industry standard maintenance, modifications, repairs or attention,” the GSA wrote in the posting. “They are now irreparable.”

A White House official confirmed to TIME late Wednesday that the project will no longer move forward. The cancellation notice offered no explanation, but optics likely played a role. The lanes are reserved exclusively for the use of White House staff and guests. It was not clear how much the replacement would have cost.

The lanes are located inside the 18-acre White House compound, just steps across West Executive Drive from the West Wing. A separate one-lane bowling alley lies under the North Portico of the White House for use by the First Family and guests and was added by avid bowler-in-chief Richard Nixon in 1969. 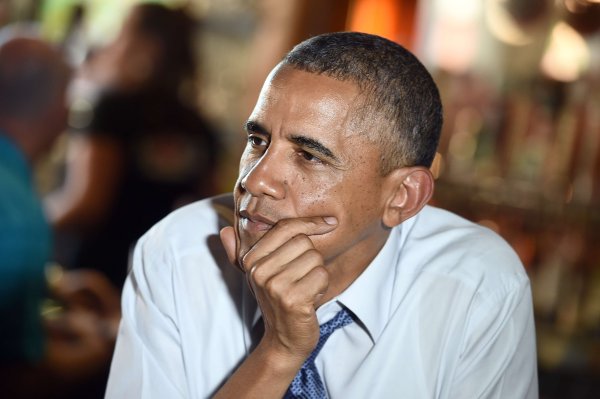 Hobby Lobby Puts Obama Between God and Gays
Next Up: Editor's Pick