REVIEW: Dawn of the Planet of the Apes: Who Needs Humans?

“Prepare your families,” President Obama instructs a desperate nation. “Know your evacuation route.” It is 10 years after the events of the 2011 hit Rise of the Planet of the Apes, so for the Commander-in-Chief to remain in the White House, he must have seized imperial power, exactly as his most zealous detractors believed he would. And that’s not the scariest forecast in the new sequel, Dawn of the Planet of the Apes. A “simian flu,” created in a lab, has killed most of the world’s Homo sapiens, and weaponized chimpanzees with Mensa IQs run wild across the Earth. It’s Ape-ocalypse Now.

Rise, directed by Rupert Wyatt and written by Rick Jaffa and Amanda Silver, was a wonderful surprise: a parable of parenting in which benign San Francisco scientist Will Rodman (James Franco) raises the genetically enhanced infant chimp Caesar (the great Andy Serkis under all those motion-capture gizmonics) to maturity while researching a serum he hopes will cure his own father’s Alzheimer’s disease. Somehow something goes wrong, and the humane ape foments a rebellion against the men who took him from Rodman and subjected him to beastly mistreatment. By the end of that terrific film, Caesar had led his ape army across the Golden Gate Bridge, toward a handful of sequels.

(READ: Corliss’s review of Rise of the Planet of the Apes)

Dawn of the Planet of the Apes, while not nearly the masterpiece proclaimed by many critics, is certainly a fascinating cross-species: a big-budget summer action fantasy with a sylvan, indie-film vibe, and a war movie that dares ask its audience to root for the peacemakers. With Matt Reeves (Cloverfield, Let Me In) taking over as director, and screenwriter Mark Bomback (Live Free or Die Hard) joining Jaffa and Silver, the new movie has politics on its mind, just like its predecessor — also like the 1963 Pierre Boulle novel and the original Charlton Heston film five years later. The difference is that this one meanders through the woods for much of its two-hour-plus running time. Only at the climax does it escalate into martial majesty.

In the wake of the flu epidemic, two tribes of foragers now occupy the Bay Area. Above, in Muir Woods, are the apes, led by Caesar. Below, in the wreck of downtown San Francisco, a ragtag band of human survivors have no electricity and are running out of fuel. Neither group has contact with the other until a few humans, seeking to restart a hydroelectric dam up in the forest, encounter a hairier host of primates. Can the two species live in harmony? Reeves and the writers want you to hope so, even as they must realize that any Paris Peace Accord of man and monkey would put the kibosh on a Noon of the Planet of the Apes.

(WATCH: The trailer for Dawn of the Planet of the Apes)

Whereas Rise devoted an hour or so to the hopeful if ominous domesticity of its daddy-day-care plot, the new movie begins by focusing on an ape Eden. The first dozen minutes — after a brief recap of the flu outbreak, and the Obama sound bite for a hurricane advisory turned into a warning of imminent Armageddon — play like the oddest episode of PBS’s Nature. Caesar leads his extended family in their daily routine: riding horses to chase a herd of deer, battling a grizzly bear and sharing such pacific lessons as “Ape not kill ape.” (They’ve apparently learned to speak English from the star of another PBS show: Sesame Street’s Cookie Monster.)

A former Che who wants to be Gandhi, Caesar agrees to let the human visitors — ex-architect Malcolm (Jason Clarke), his nurse friend Ellie (Keri Russell) and his teen son Alexander (Kodi Smit-McPhee, the boy in Let Me In) — do their “human work” in rewiring the dam. That’s not cool by Caesar’s ape rival Koba (Toby Kebbell), once a victim of man’s cruel experiments; he points to his scars and mutters, “Human work.” He plans an assault on mankind, as Caesar and Malcolm join forces to prevent all-out war. If Caesar is the Roman emperor of Shakespeare’s play, then the understandably vengeful Koba is Cassius, a schemer with a mean and hungry look.

As long as we’re spitballing literary allusions, consider George Orwell’s Animal Farm, which posited that pigs would overthrow their landowner and commence to squabbling murderously among themselves. In Dawn, Caesar would be Old Major, the boar who fuels the uprising (Marx or Lenin in Orwell’s parable), and Koba the strong-arm Napoleon (Stalin). The pigs’ initial rallying cry, “Four legs good, two legs bad,” is later corrupted into “Four legs good, two legs better.” Koba thinks Caesar has betrayed the apes’ revolution by agreeing to collaborate with their natural enemy. And Caesar sees Koba as seduced by militarism. “I always think ape better than human,” he tells Malcolm. “I see now how like them we are.”

Reeves is smart to concentrate on the apes. Splendidly realized by actors transformed by visual effects supervisor Joe Letteri, the simians are creatures of remarkable power and nuance. Serkis, who brought Peter Jackson’s Gollum and King Kong to pulsing life, and who deservedly gets top billing in Dawn, plays Caesar as a wise, wizened leader stooped by the burden of wielding power judiciously. Kebbell’s Koba is provoked to operate by brute force because he suffered that in the cage Caesar freed him from. Other chimps undergo subtle or volcanic emotional shifts, and you can detect every thought and feeling on the “faces” of Caesar’s son Blue Eyes (Nick Thurston) and Koba’s son Ash (Doc Shaw). This is brilliant acting, even if the actors aren’t visible. Indeed, the movie invests so much more time and ingenuity on the apes than Rise did that you may wonder if further episodes in the series will dispense with humans altogether.

Maybe they should, because the humans here are mostly limited to rote bravado and fretting. They also lack character shading. Malcolm: good; guy who smokes cigarettes and shoots a chimp: bad. The human in charge down in Frisco (Gary Oldman) blusters a lot but can’t match Koba for Patton-like intensity. The movie threatens to come down with a case of the drabs. At times the story of some Greenies trying to make a big social statement with a hydroelectric dam plays out like a big-budget gloss on Kelly Reichardt’s recent Night Moves, with the same thesis of idealism curdled into terrorism.

The viewers’ brain may be moved by Caesar’s statesmanlike sagacity, but their guts want war. This is an adventure film, not a Pacifica radio pledge drive. As one of the humans says of the apes, “They’re talking animals! With bad-ass spears!” Guns, too. And when Koba takes command and storms the human’s compound, Dawn finally makes good on its promise of merging action with artistry. Watch and wonder at the tracking shot from a tank turret, as apes seize the means of destruction from men. Listen, too, when Michael Giaccino’s score, which had gone indie-sensitive with pensive solo-piano noodling, revs into full symphonic clamor and roar.

No spoiler alert is needed here: Dawn ends with a closeup of Caesar pondering his lot, like Old Major from George Orwell’s Animal Farm. This “Ape Forest” is no less plangent in musing on both the origin of the species and its potentially awful end. Also, when it gets going, it’s a pretty fine movie. 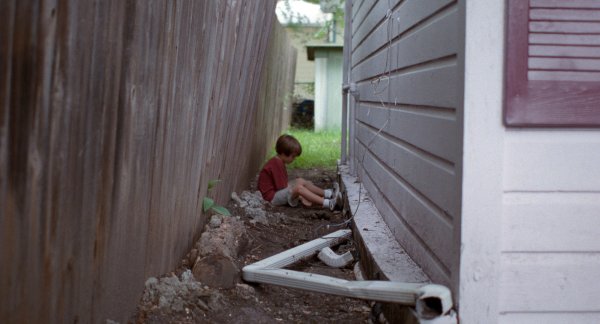 REVIEW: Richard Linklater's 'Boyhood' Is a Thrilling Epic of Ordinary Life
Next Up: Editor's Pick