Local police have issued a search warrant for explicit photos of a Virginia teenager accused of sexting his former girlfriend, lawyers for the teen said.

The teen faces two felony charges for manufacturing and distributing child pornography after exchanging sexts with his then-15-year-old girlfriend, whose mother filed the initial complaint with authorities. The case was dismissed in juvenile court in June, because prosecutors neglected to certify the teen’s juvenile status, the Post reports, but new charges were filed by the police.

The teen’s aunt told NBC Washington last week that local officers have already taken photos of her nephew’s genitals, but now want photos of an erection, too, to compare with evidence. The police reportedly told the teen that, if necessary, they would take him to a hospital for an injection that induces an erection.

“The prosecutor’s job is to seek justice,” Foster told the Post. “What is just about this? How does this advance the interest of the Commonwealth?”

If charged, the teen could face incarceration and would be forced to register as a sex offender.

Foster added, “I don’t mind trying the case. My goal is to stop the search warrant. I don’t want him to go through that. Taking him down to the hospital so he can get an erection in front of all those cops, that’s traumatizing.”

Carlos Flores Laboy, the teen’s appointed guardian ad litem told the Post that he found authorities’ desire to create more sexually explicit photos of a teenager, in the name of an investigation into child pornography allegations, both ironic and troubling.

“They’re using a statute that was designed to protect children from being exploited in a sexual manner to take a picture of this young man in a sexually explicit manner, said Flores Laboy. “The irony is incredible.”

He added, “As a parent myself, I was floored. It’s child abuse. We’re wasting thousands of dollars and resources and man hours on a sexting case. That’s what we’re doing.”

Calls to the Manassas City Police Department and the Prince William County prosecutor’s office were not immediately returned to TIME. 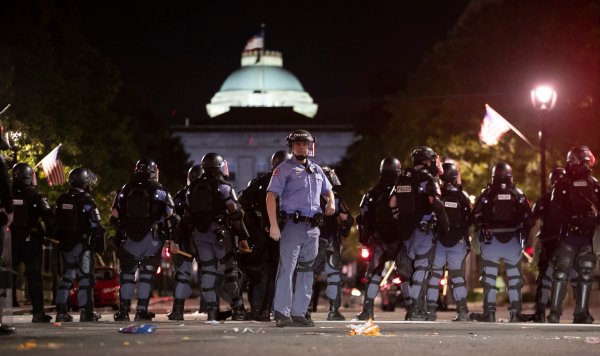