The non-profit Congressional Hispanic Leadership Institute (CHLI) hosted an event on Capitol Hill Wednesday during which an impressive line-up of tech policy analysts argued against strictly regulating the telecom industry.

Consumer and public interest groups have called for the Federal Communications Commission (FCC) to re-categorize Internet service providers, like Comcast and Verizon, so that strong “net neutrality” rules, requiring broadband companies to treat all content on the internet equally, can be enforced.

The speakers—who included academics, politicians and think tank analysts—argued such a move would hobble the open Internet, “cripple capital investment in the tech industry,” and harm Hispanic as well as other “minority and disenfranchised communities.”

It all sounded very dire. In fact, by the time the hour-and-half long event gave way to an evening reception, it was hard to shake the impression that if public and consumer interest groups get their way, the very fabric of modern society—technological innovation! equality! free speech!—would be torn asunder.

But before you run off and phone your Congressman, there’s one thing you need to remember: that event Wednesday was funded in part by the telecom industry.

You’d be forgiven for missing that fact.

Held in an elegant, wood-paneled room in the Dirksen Senate Building, the event was formally hosted by the Congressional Hispanic Leadership Institute (CHLI), a congressional group founded in 2003 to foster “a broad awareness of the diversity of thought, heritage, interests and views of Americans of Hispanic and Portuguese descent.” Among CHLI’s sponsors are the three biggest players in the telecom industry: Verizon, Comcast, and AT&T.

All of the event’s panelists happen to work, or recently to have worked, for organizations that are funded by the telecom industry. For example, Doug Brake, who has written numerous articles slamming calls for strong net neutrality rules, including one for Forbes, in which he dismissed net neutrality advocates as “paranoid bloggers,” is employed by the Information Technology & Innovation Foundation (ITIF), which, according to Reuters, receives funding from the telecom industry.

Two of the panelists were also affiliated with the Hispanic Technology & Telecommunications Partnership (HTTP), which has received funding from AT&T: Martin Chavez, the former three-term mayor of Albuquerque, is HTTP’s senior advisor. Jason Llorenz, who presented as an academic from Rutgers University, was recently HTTP’s executive director.

So what’s this all about? For the last six months, public and consumer interest groups have been calling on the FCC to consider re-categorizing the telecom industry as a “Title II” industry, along with traditional phone companies. Advocates say that doing so would give the agency formal jurisdiction over broadband services—jurisdiction that has been challenged recently in the courts.

In 2010, the FCC passed net neutrality rules requiring broadband providers to treat all content that passes over its pipes equally, regardless of its source, but in January of this year, a federal district court overturned those rules on the grounds that the agency did not have jurisdiction over such services. The telecom industry has described the effort to re-categorize it as a “Title II” industry as a “radical” “nuclear option.”

So in May, the FCC proposed a new set of net neutrality rules that would allow web companies to pay broadband providers, like Verizon and Comcast, to deliver their content more quickly and in better quality than content from other sources. Netflix, for example, pays Comcast for access to a “fast lane” so that its content can stream more quickly.

The telecom industry says that “net neutrality” can exist simultaneously with such “paid prioritization agreements.” Consumer interest advocates such as Public Knowledge say that’s hooey. “Allowing rich companies to pay for fast lanes, while the rest of us have to compete for the same congested lane—that’s not net neutrality,” said John Bergmayer, a senior counsel at Public Knowledge.

The FCC is accepting public comments on its proposed net neutrality rules until July 15. At least we know now where CHLI stands. 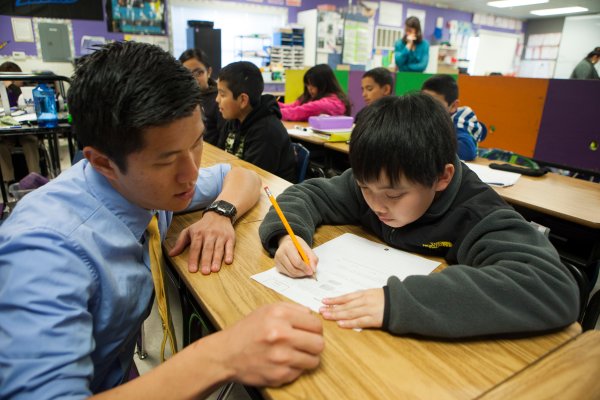 U.S. Students Fail to Make the Grade on Financial Literacy
Next Up: Editor's Pick