People Still Don't Know the Difference Between "Organic" and "Local"

It’s no secret that the organic food market is ever-growing. Organic food hit $28.4 billion in sales last year, and the Nutrition Business Journal reports that organic food products will reach and estimated $35 billion in 2014. Yet despite the popularity of “local” and “organic,” Americans are still very confused about what those words mean, according to a recent study published in the International Food and Agribusiness Management Review.

A team of researchers surveyed consumers across the U.S. and Canada and discovered that 17% of the people they spoke with incorrectly believed that foods labelled “organic” were also grown locally. Another 23% falsely believe that local produce is grown organically. Researches also found that 40% of consumers think “organic” food is more nutritious than conventional food, while 29% believe that “local” products are more nutritious than their imported equivalents.

But when you scrutinize the laws governing what food companies can and cannot say on labels, it becomes obvious why consumers are so confused. Words like “all natural” and even “free range” are not easily (or often) policed, and many words used on so-called health foods have no legal definition enforceable by the Food and Drug Administration or the Federal Trade Commission.

“Organic” is more straightforward, from a legal perspective, but most consumers likely do not know that. To be labelled organic, a producer must abide by a stringent set of government standards. The USDA qualifies produce as organic if no synthetic pesticides, chemical fertilizers or genetically modified organisms (GMO) are used. Pest control and crop nutrients must be managed through natural physical, mechanical and biological controls. And when producing organic meat, eggs and dairy, for instance, farmers must provide non-GMO livestock with year-round outdoor access. They are also prohibited from using growth hormones or antibiotics. The U.S. and Canada follow fairly similar organic guidelines, said the study.

“Local,” meanwhile, is murky. A 2010 report from the U.S. Department of Agriculture stated that “though ‘local’ has a geographic connotation, there is no consensus on a definition in terms of the distance between production and consumption.” This despite a provision in the 2008 Farm Act, that stated, in part, that any food labeled “local” must be produced in the “locality or region in which the final product is marketed, so that the total distance that the product is transported is less than 400 miles from the origin of the product.”

To put the distance in perspective, a drive from Washington, D.C., to Boston is about 400 miles, which means “local” is not necessarily close-by. Many states have limited “local” to mean produced within the state, and some retailers and restaurants have their own definitions. Many farm-to-table restaurants, for example, only serve food from within a 100-mile radius.

And are they healthier?

For the health-conscious, organic food is probably better for you—but not necessarily because of traditional nutrition measures. A 2012 study conducted by Stanford’s Center for Health Policy concluded that organic produce is not more nutrition-dense than its generic counterparts. However, the research was widely panned for taking a narrow view of nutrition. Counterarguments insisted that food grown without chemical fertilizers and pesticides—which is to say organic—are by definition healthier choices.

As for the 29% of consumer who believe local food is more nutritious, they may be right. Most nutrients begin to degrade the moment a fresh piece of produce is picked, so the sooner it gets to you the better. Many studies have shown that a peach or berry picked closer to ripeness is more nutritious than a fruit—organic or not—picked before or after its peak of ripeness.

Both organic and local are good healthy options, but knowing the difference is important—especially when you consider the cost that can be attached to both. 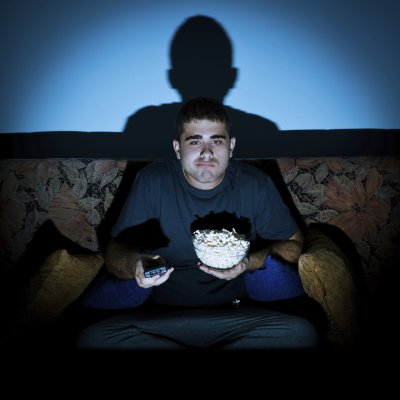