Netflix recently posted a UK/Ireland-based job listing seeking someone who would be paid to watch TV shows and movies and tag them with genres. While we thought the idea of getting paid to stream shows without having to change out of stretch pants seemed like the best career ever, others worried that spending hours tagging videos ranging from “Gory Canadian Revenge Movies” to “Sentimental Movies About Horses for Ages 11 to 12” was the fastest way to “occupation-induced madness.”

So we decided to talk to Greg Harty, one of 40 part-time taggers, about what it’s really like to watch Netflix for a living — from the good to the bad to the My Little Ponies.

Netflix hired Harty, 34, in its first batch of taggers eight years ago. “At the time they described it as an experiment,” he says. “It’s one of the luckier gigs I’ve gotten.”

A movie buff who’s worked odd jobs in film, televisions, video games, writing, and software testing, the Los Angeles-based Harty describes his Netflix interview as one of the easiest he’s ever had: “We talked about everything from Casablanca to Predator in the same conversation, which doesn’t happen that often.”

Taggers are asked to watch and rank shows and movies based on a variety of guidelines. “We have a couple hundred different categories (i.e. perilous situations, race against time, darkness of humor, etc.) in which our taggers can dissect content,” spokesperson Betsy Sund says. “Some of the tags are scalar (for level of comedy/action/chase scenes etc) and others are categories of terms we’ve vetted ourselves (including cerebral, light-hearted, rebellious, etc.), while others are specific to characters and/or directors.”

But 1 to 5 ratings abide by an “A for Effort” ideology.

“For comedy it’s about comedic intent rather than if you thought it was funny or not,” Harty said. “If you know a movie is trying to get a laugh for every scene, that rates higher than whether it got the laugh or not.”

Detachment, therefore, is a key ingredient for being a successful Netflix tagger. Harty says a common misconception of his job is he is a “Roman emperor for movies,” giving them a thumbs up or down.

“You need to be objective,” Harty said. “This is never about whether I like a movie, and if I like it, I can’t change the tagging to try to get you to watch it.”

The whole point of the job is to provide users with suggestions that align with their watching preferences, whatever those preferences may be. “You might like what I consider to be horrible movies,” Harty said. “And my job right now is to get you all those horrible movies you want.”

Supervisors will, however, give taggers a heads up if there’s a particularly disturbing movie to watch and ask for volunteers rather than assigning it arbitrarily. And in specific circumstances, like the film Irreversible — which features a graphic rape scene — a supervisor will personally tag it.

Taggers are given assignments on a weekly basis, and while there are some specialists in certain genres and taggers can request to tag a specific movie, Harty receives assignments at random. The weekly time commitment ranges from a couple of hours to eight movies a week, which — barring the world’s Titanics — runs between 16 and 20 hours. Luckily the hours of required watching has not limited Harty’s ability to binge watch. He saw all of Orange is the New Black season two in two days.

A non-disclosure agreement prohibits Netflix taggers from disclosing their salary, although Sund did volunteer that the part-time work’s pay “makes up a percentage of his overall salary.” A 2012 story in the L.A. Times estimated that taggers make “several hundred dollars per week.”

But when watching gets bad, and we’re talking really bad, Harty says that it doesn’t hurt to remember his undisclosed paycheck.

“I come from a blue collar family and watched both of my parents bust their humps every day,” he said. “I’m not going to complain because I have to watch My Little Pony.“ 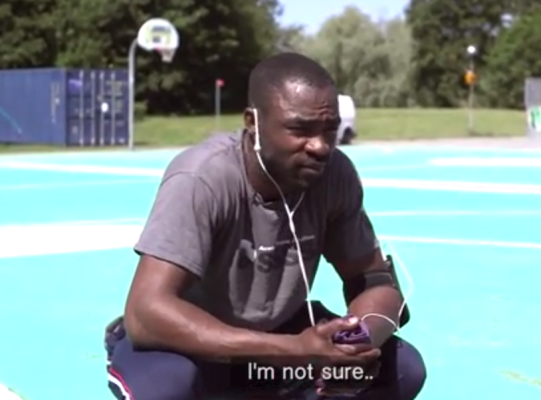