The Republican Senate primary race in Mississippi ended last month — but the drama is only beginning.

The state Republican Party on Monday officially certified incumbent Senator Thad Cochran’s narrow victory over Tea Party challenger Chris McDaniel in the June 24 runoff vote. But McDaniel is still refusing to concede, alleging that rampant voter fraud tipped the race to the incumbent and threatening to launch a rare legal challenge with the goal of a political do-over: rerunning the race.

“The allegations of criminal misconduct against the Cochran campaign and his close associates continue to mount,” McDaniel, a conservative state senator, said in a statement July 8. “Mississippians deserve a full accounting of the unbecoming tactics the Cochran campaign used in their attempt to drive ineligible voters to the polls in June.”

At the heart of the controversy is the McDaniel campaign’s claim that Cochran’s team enlisted ineligible Democrats to boost the vulnerable incumbent, whose narrow loss in the original June 3 primary prompted the runoff. According to the state party, the certified election results indicate Cochran squeaked through by a margin of 7,667 votes out of a total 382,197 ballots cast.

The Cochran campaign was frank about its strategy of courting Democrats to pad Cochran’s support. And there’s evidence the strategy worked. According to a New York Times analysis, Cochran’s vote totals leaped from the primary to the runoff in Democratic counties that overwhelmingly supported President Barack Obama. And Cochran racked up big margins in places like Hinds County, one of the state’s most liberal precincts.

The question is how many of those votes were valid. Mississippi law doesn’t prohibit voters from crossing the aisle to support a candidate in a different party. But it forbids doing so for voters who already cast ballots in their own party’s primary. That means Democrats who voted in their June 3 primary couldn’t legally cast ballots in the Republican runoff.

Cataloging crossover votes is the responsibility of individual counties, according to Pamela Weaver, a spokeswoman with the Mississippi secretary of state’s office. So it may be some time before the matter is settled. “We’re meticulously documenting all of the evidence of illegal crossover votes, of which there is an abundance — many, many thousands,” said Noel Fritsch, McDaniel’s spokesman.

In the meantime, the challenger is using the pent-up fury of the conservative movement to replenish his coffers. A fundraising solicitation splashed across the front of his campaign website claims: “Democrats steal the Mississippi runoff.” But McDaniel’s campaign has yet to offer hard evidence to support those allegations. It says it has been blocked from reviewing poll logs by uncooperative circuit clerks.

To Cochran’s team, the explosive claims are a textbook case of a sore loser looking to use the stakes of the election to retire campaign debt. McDaniel loaned his campaign $100,100 before the primary. It’s unclear whether the money raised for a possible legal challenge will go toward the debt.

But the fight doesn’t look likely to abate anytime soon. 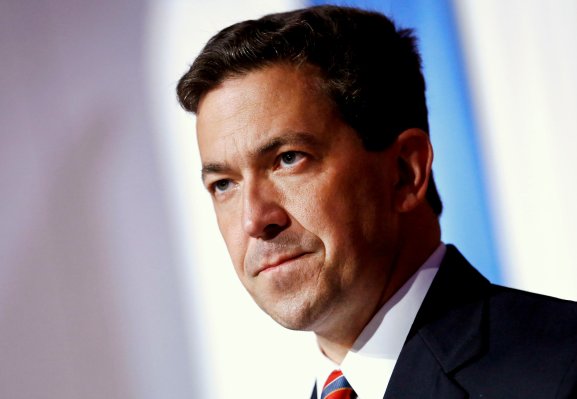