A 'Citi' sign is displayed near Citibank headquarters in Manhattan on December 5, 2012 in New York City.
Mario Tama&mdash;Getty Images
By Dan Kedmey

Citigroup is reportedly closing in on a settlement deal that could cost the bank roughly $7 billion for its alleged involvement in the mortgage crisis.

The sum took Wall Street by surprise, the Wall Street Journal reports. Analysts predicted a settlement of $2 billion, perhaps $5 billion, but nowhere near the Department of Justice’s original request for $10 billion. That was approaching JPMorgan Chase’s record payout of $13 billion, and Citigroup argued it had sold far fewer mortgage-backed securities, so it should pay a commensurately smaller price.

Maybe so, but the Justice Department had momentum on its side. Banks have recently been falling like dominoes before its demands.

From 2010 to 2013, the nation’s six largest banks paid a total of $85.7 billion in settlement fees for their involvement in the mortgage crisis, according to SNL Financial. Add in two more whopping settlements in 2014, plus Citigroup’s impending deal, and the legal bill tops $100 billion. Citigroup’s tab would put it roughly in the middle of the past three years of legal shellackings.

This partly reflects a more aggressive push by U.S. Attorney General Eric Holder to hold big banks accountable for the housing crisis, even as critics ask how it is that no bankers have successfully been prosecuted since the collapse. Holder himself once said that prosecution of a big bank might be “difficult,” given the complexity of their trades (a statement he later recanted).

But prosecution remains purely theoretical so long as Citigroup, like every other big bank before it, hops on the settlement bandwagon. After all, a lawsuit would have posed a public relations nightmare for the banks. No bank wants to be seen digging in its heels over sums that are positively dwarfed by the losses that mortgage-backed securities unleashed on the larger economy. The IMF estimates that U.S. assets lost $2.7 trillion in value from 2007 to 2010. That’s 28 times what big banks have subsequently paid in settlements.

No wonder, then, that Citigroup is expected to wrap up its deal with regulators as early as next week. 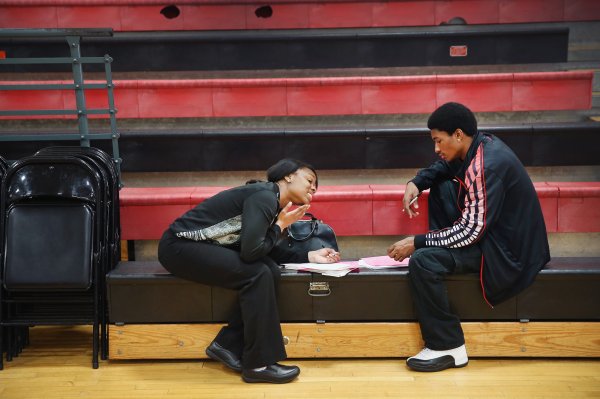 Jobless Rate Lowest Since '08
Next Up: Editor's Pick