Secretary of State John Kerry spoke with Israeli Prime Minister Benjamin Netanyahu on Wednesday, amid rising fears that the confrontation between Israel and Hamas could escalate to new levels of bloodshed. But Kerry might also want to talk to his Foggy Bottom predecessor about how the last round of violence in the intractable conflict was defused.

When Israel and Hamas last fought in Gaza in November 2012, President Barack Obama dispatched then Secretary of State Hillary Clinton to broker a cease-fire. As Israel called up 75,000 reservists for a possible ground invasion, Obama was “understandably wary” of the U.S. taking a direct mediation role, Clinton writes in her new book, Hard Choices.

“If we tried to broker a cease-fire and failed, as seemed quite likely, it would sap America’s prestige and credibility in the region,” Clinton says. American involvement might also risk undercutting Israel, whose “right to defend itself” Clinton underscores. Obama officials also worried a U.S. role might “elevate” the conflict’s profile, leading both sides to harden their negotiating positions.

Even so, Clinton and Obama concluded that it was “imperative to resolve the crisis before it became a ground war.” Clinton knew that Netanyahu didn’t want to invade Gaza — but that he faced domestic pressure to do so and had no clear “exit ramp” that would allow him to de-escalate without seeming to back down, Clinton writes.

Just over 18 months later, many of the same dynamics apply as Obama weighs whether Kerry can — or should — broker a deal like the one Clinton struck.

For now, Obama officials have two public messages. One is that Israel is entitled to hit back at Hamas when the hard-line Palestinian group launches rockets at its territory. “No country can accept rocket fire aimed at civilians, and we certainly support Israel’s right to defend itself against these attacks,” State Department spokeswoman Jen Psaki said Tuesday. The other is that the two sides should rein in the violence — which now takes the form of Hamas rocket attacks and Israeli air strikes. “We’re continuing to convey the need to de-escalate to both sides,” Psaki said.

That may not happen on its own, warns Dennis Ross, a former Obama White House aide who has handled Middle East issues for multiple Presidents. “Even if neither side wants it to spin out of control, the potential for that is quite high,” Ross says.

That’s why Obama has to decide whether to step in, especially given growing signs of an Israeli ground invasion of Gaza. Israel’s 2009 incursion into the Hamas-governed coastal territory left 1,400 dead, and badly damaged Israel’s international image. A second invasion was averted in November 2012 only by the Clinton-brokered cease-fire, a deal struck just 48 hours before Israeli troops planned to swarm into Hamas’ stronghold.

Just before Thanksgiving that year, Clinton flew to the region and met with Israeli and Palestinian leaders. She also saw Egypt’s then President Mohamed Morsi, whose Muslim Brotherhood government was friendly with Hamas. The result was a mutual cease-fire, overseen by Egypt, with the promise of future negotiations about Hamas’ rocket arsenal and Israel’s Gaza blockade. Those talks never went far. But the cease-fire held. (Netanyahu won another concession, Clinton recalls: a phone call from Obama promising U.S. help against rocket smuggling into Gaza. “Did [Netanyahu] take some personal satisfaction from making the President jump through hoops?” Clinton wondered.)

Obama faces a different calculus today, including the recent collapse of Kerry’s push for a Middle East peace deal, and a new Egyptian regime that is decidedly hostile to Hamas, making Cairo unlikely to mediate again.

But many of the core principles that Clinton says swayed Obama in 2012 likely still resonate at the White House: that peace in the Middle East is a key U.S. national-security priority, that a ground war in Gaza would be disastrous, and that there is “no substitute for American leadership.” Indeed, Clinton writes that after the 2012 cease-fire deal, an Israeli official told her that “my diplomatic intervention was the only thing standing in the way of a much more explosive confrontation.”

The burning question for Obama is whether the same holds true today. 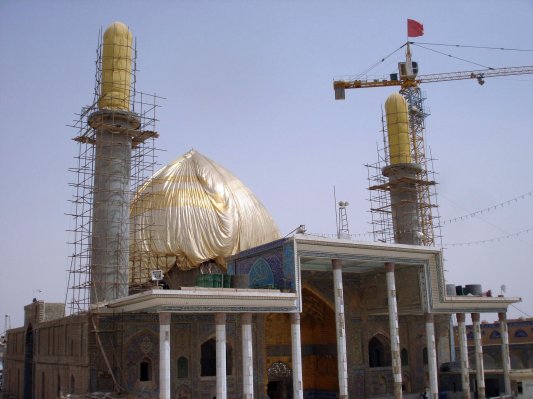