Brazil lost to Germany in absurd, ridiculous and unprecedented fashion yesterday. The Germans scored five goals in 18 minutes before eventually winning the semifinal matchup 7-1. Predictably, the game provided everyone with anguished photos, clever headlines and tweets. Lots and lots of tweets. 35.6 million of them, per Twitter data. But one amusing take stood out above all the others:

Now under ideal circumstances, this altered version of Brazil’s flag would be lauded for its creativity and flawless execution, and @zoowithroy would be the one getting all the credit. That’s how it’s supposed to work. Unfortunately, self-described entertainment website Men’s Humor had other ideas. The #brand (for lack of a better term) tweeted the image from its Twitter account to its 3.13 million followers, but left out one very important detail: any sort of credit.

Predictably, Mr. Zoo With Roy wasn’t too pleased about this, and rightfully called out Men’s Humor (best known for tweets like this and this — and other that are far more offensive) for its appropriation of his content. Men’s Humor eventually pulled the tweet, but offered no sort of public apology or retraction for not providing credit for the image in the first place. Men’s Humor did not respond to request for comment.

Unfortunately, there’s not a whole lot to be done about all this. Anonymous Twitter accounts like Men’s Humor that make a business out of clicks don’t have any interest in crediting anyone else with the work that they steal — it only muddles their otherwise pristine tweets. But it’s encouraging that the outrage over the theft reached the point that Men’s Humor felt compelled to delete the tweet. Brazil likely wishes it had that option for yesterday’s semifinal. 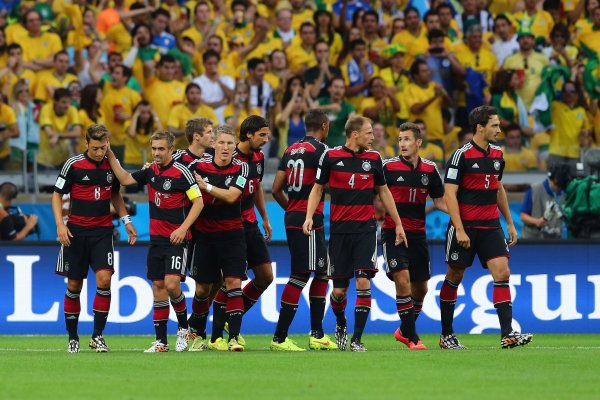