The Match.com website is displayed on laptop computers arranged for a photograph in Washington, D.C., U.S., on Thursday, Dec. 19, 2013.
Andrew Harrer—Bloomberg/Getty Images
By Charlie Campbell

Lax student visa regulations and a high-tech banking system has made Malaysia a global hub for Internet scams, according to U.S. officials, with money being swindled out of unwitting Americans and Europeans by racketeers prowling online dating sites.

The conmen typically hail from Nigeria or Ghana and dupe lonely, middle-aged men and women from the U.S. and Western Europe through matchmaking services like Match.com, reports Reuters. A dozen new cases are reported to the U.S. embassy in Kuala Lumpur every week, with scam complaints forming four-fifths of new work for duty officers.

“This is a serious issue hurting many Americans financially and emotionally,” said a U.S. embassy spokesperson. “We would hope that through publicity more Americans would be made aware of these scams.”

While most Internet users have received — only to swiftly mock and discard — some crude Nigerian scam emails, these tricksters are more sophisticated, and slowly build trust as a budding romance ripens. Then the request for money comes, normally a relatively small amount at first; but once the hooks are in, the victim struggles to turn down subsequent heftier demands without admitting to having been hoodwinked.

“Some victims find it very hard to break away from the relationship, even when they’ve been told it’s not real,” says Professor Monica Whitty, an expert on Internet fraud psychology. “So the criminal admits to scamming the victim but says that they also fell in love with them at the same time, and they get back into the same scam.”

But it is not just lovelorn Americans who are being swindled; other foreign embassies in Kuala Lumpur are dealing with similar complaints, reports Reuters. Whitty says that at least 500,000 U.K. citizens have fallen prey to such “sweetheart scams” since the phenomenon was first reported around 2007.

Slightly more men than women are duped by fraudulent lovers, but men are less likely to seek recompense out of embarrassment.

“Some people mortgage their houses to pay these criminals,” Whitty says, “but often the devastation they feel is more about the loss of the relationship than the money — of realizing they’ve been duped.”

“Scammers are increasingly using targeted social engineering attacks against their victims due to the extremely high success rate,” Ty Miller, an Australian security expert and founder of Threat Intelligence, tells TIME. “This not only affects individuals, but also organizations.”

Awareness and technology are key to tackling this scourge, says Miller, who is running a fraud-prevention course in Kuala Lumpur in October. “Techniques can be deployed that allow malicious individuals to be tracked,” he says, “which as time goes on will build intelligence to unveil the identity of the perpetrators.”

Amirudin Abdul Wahab, CEO of CyberSecurity Malaysia, an agency under the Ministry of Science, Technology and Innovation, says all involved nations must share information and jointly investigate cases according to agreed procedures and technical processes.

“Various authorities from the various countries involved should work together rather than blaming each other,” he said by email. “These countries need to synergize their efforts, in order to effectively address this scam problem.” 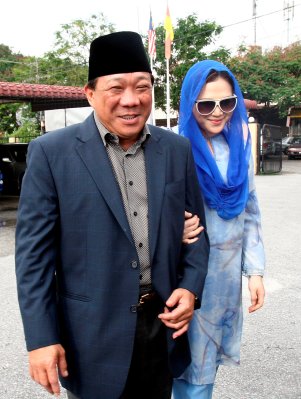