The Vast Majority of Syrians Are Opposed to an Islamic Caliphate

A member loyal to the Islamic State in Iraq and the Syria waves an ISIS flag in Raqqa, Syria on June 29, 2014.
Reuters
By Nash Jenkins

The Islamist insurgents who have seized towns and cities across Iraq and Syria in recent weeks have not received the warmest of welcomes from their new charges. A survey conducted by a British polling group reveals that only 4% of Syrians support the extremist Islamic State of Iraq and Greater Syria (ISIS) group’s crusade for a pan-Arab Islamic caliphate — with one in three Syrians still backing the government of President Bashar Assad.

“This [research] is a unique insight into public opinion in Syria,” Johnny Heald, managing director of the polling firm, told Reuters. “They don’t believe the extremist groups best represent their views.”

The data affirms the sentiments of some prominent Muslim leaders and academics in the region, many of whom have recently spoken out against the struggle for an Islamist state spanning the Middle East as socially reckless and scripturally ill-informed.

“The Baghdadi caliphate is rejected by most mainstream Islamists because they feel it damages their cause to establish an Islamic system through peaceful means,” Farid Senzai, a professor of Middle East politics at Santa Clara University, told al-Jazeera on Monday. 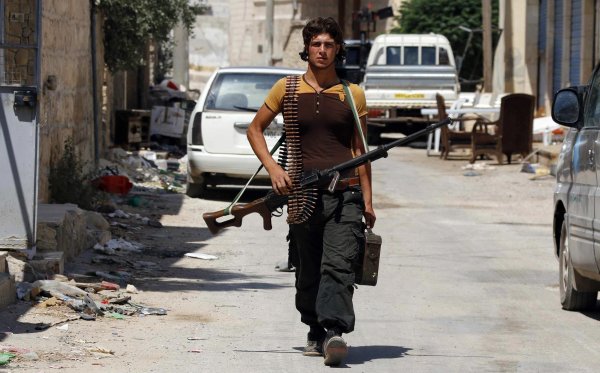 Jihadi Brides Swap Lives in West for Front Line With Syria Militants
Next Up: Editor's Pick