Joseph Bruce, aka Violent J, left, and Joseph Utsler, aka Shaggy 2 Dope, members of the Insane Clown Posse, address the media in Detroit, Jan. 8, 2014. The U.S. Justice Department is asking a judge to dismiss a lawsuit by Insane Clown Posse, which objects to a report that describes its fans as a dangerous gang.
Carlos Osorio—AP
By Denver Nicks

The music group Insane Clown Posse Tuesday appealed the dismissal of a lawsuit it filed against the Justice Department over a 2011 FBI report that designated the rap duo’s fans, known as “Juggalos,” as a gang.

The American Civil Liberties Union of Michigan in January filed a lawsuit on behalf of the group alleging their free speech and due process rights, and those of their fans, were violated when the FBI labeled juggalos a “loosely organized hybrid gang.” ICP and Juggalos say they’ve been unfairly targeted by police because of the report.

U.S. District Judge Robert Cleland ruled last week that the Justice Department is not responsible for how other groups use their recommendations and that the report “does not recommend any particular course of action for local law enforcement to follow, and instead operates as a descriptive, rather than a prescriptive, assessment of nationwide gang trends.” The ACLU has appealed the decision to dismiss the suit.

In a statement, Tuesday, ICP member known as Violent J, also known as Joseph Bruce, said “This is not the end—we’ll keep fighting to clear the Juggalo family name.”

“Juggalos are not an organized fan club,” the ACLU says in its statement, “but a group of people who bond over the music and a philosophy of life, much like “Deadheads” bonded around the Grateful Dead.”

Juggalos, according to the FBI report, have been responsible for assaults and vandalism and a “small number” for more serious crimes. They were not included in the FBI’s most recent report. 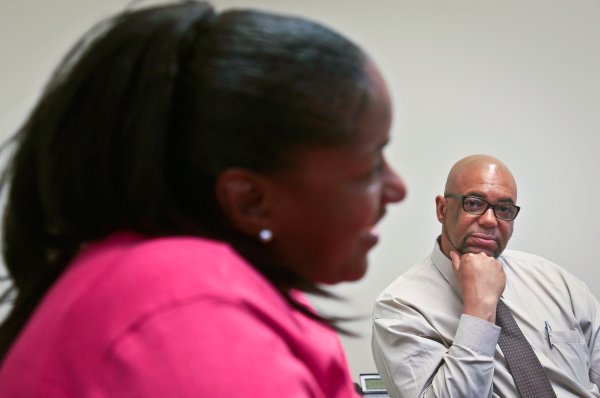 From Big House to White House: Ex-Convicts To Be Honored By Obama Administration
Next Up: Editor's Pick