The University of Miami football team on Tuesday permanently dismissed two players who have been charged with committing sexual battery.

Athletic director Blake James said in a statement that linebackers Alex Figueroa and Jawand Blue were banned from the team and barred from entering campus until the university had concluded an investigation into the incident.

“Any allegation of a sexual assault is extremely serious,” James said in the statement, “and the University will not tolerate conduct that threatens the sanctity and safety of our students and our campus.”

Figueroa and Blue were arrested Tuesday after a 17-year-old girl accused the players of giving her a substance that left her “mentally or physically incapacitated,” CBS Miami reports. The players reportedly turned themselves into police and admitted to buying the girl multiple drinks. She alleged that they then took her back to Figueroa’s dorm room and performed sexual acts without her consent. 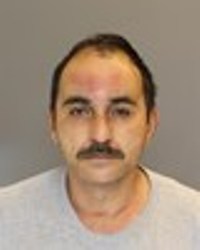