Lyft Is Finally Launching in New York, Will Take on Uber

Ride-sharing service Lyft is about to enter its biggest market yet. The company announced Tuesday that it will launch in New York City on July 11, serving Brooklyn and Queens. The service, which allows people to hail short car rides from people in the area via an app, will start with more than 500 drivers in the city.

Lyft is framing the expansion as an opportunity to serve New Yorkers who can’t easily access traditional yellow cabs, which are mostly found in Manhattan. Only one of New York’s subway lines travels between boroughs without going through Manhattan, and Lyft says 95 percent of taxi pick-ups happen in Manhattan or at Queens’ airports. To entice new customers, users in New York will receive free rides for two weeks.

Lyft will enter a highly competitive market in New York. Uber announced Monday that it was temporarily slashing the prices for its most basic car-hailing service, UberX, to rates that it claims are lower than those of traditional taxis. Meanwhile, New York’s Taxi and Limousine Commission last year rolled out a new line of green cars for the outer boroughs aimed at expanding cab service to more of the city’s eight million residents.

The taxi cab industry, which is heavily regulated by the TLC, is not likely to be happy about Lyft’s arrival. These new app-based startups threaten the value of medallions, licenses that New York taxis must have to operate (medallion prices have already slipped slightly this year). Sidecar, a ridesharing service similar to Lyft, suspended activities in New York last year after one of its drivers had her car impounded for operating an unlicensed vehicle for hire. Another service called RelayRides was also forced to shut down.

Erin Simpson, Lyft’s director of communications, says the company has ensured it meets the necessary safety requirements to operate in New York. Drivers, for instance, are subject to background checks and vehicle inspections, and they’re covered by $1 million in liability insurance.

“We’ve voluntarily reached out to engage with the TLC to explain how our peer-to-peer model works,” Simpson says. “We actually have more strict safety requirements than they currently require.”

Though Simpson says the company shouldn’t have to be regulated by the TLC because of its ridesharing model, Lyft is currently in “ongoing conversations” with the commission about its presence in New York. TLC spokesman Allan Fromberg offered an equally delicate response to Lyft’s launch. “Lyft has no license to operate in New York City,” Fromberg said in an email. “We are strongly encouraging them to work with us as we have worked together with so many other companies, like Uber, TaxiMagic, Hailo, Whisk and Gett, etc., to do the right thing. We have an impressive track record of embracing and welcoming new technology and new transportation options, and we hope they will ultimately do what’s right in the name of public safety and consumer rights.”

New York will be the sixty-eighth city where Lyft launches. Simpson said the service has processed millions of rides and enlisted thousands of drivers but declined to discuss the company’s financials. In December TechCrunch estimated that the company was generating more than $100 million per year in gross revenue. 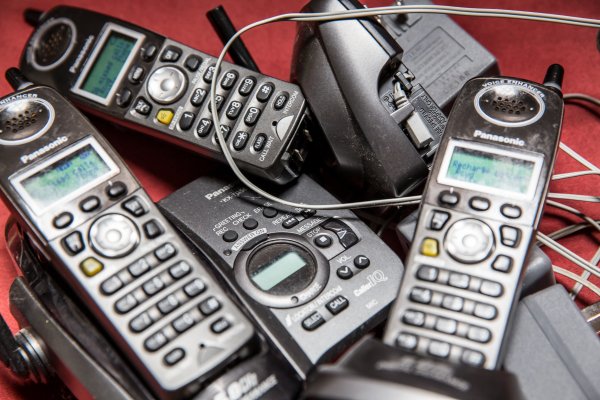 Landline Phones Are Getting Closer to Extinction
Next Up: Editor's Pick