Faith Leaders to Obama: Don't Let Us Discriminate, Either

More than 100 faith leaders asked President Barack Obama on Tuesday not to include a religious exemption in his upcoming executive order to ban job discrimination on the basis of gender identity and sexual orientation among federal employees.

The group—which included Christian, Jewish, Muslim and interfaith leaders—sent the White House a letter Tuesday urging the President to end such discrimination without exception. “An executive order that allows for religious discrimination against LGBT people contradicts the order’s fundamental purpose, as well as the belief shared by more and more Americans every day, which is that LGBT people should not be treated as second-class citizens,” they said in the letter. “An exception would set a terrible precedent by denying true equality for LGBT people, while simultaneously opening a Pandora’s Box inviting other forms of discrimination.”

Their effort pushes back against a smaller campaign last week by about a dozen Christian leaders who asked the President to carve out an exception in the order for religious organizations. Signers of that letter included pastors Rick Warren and Joel Hunter, as well as Andy Crouch, executive editor of Christianity Today, Larry Snyder of Catholic Charities USA, and Stephan Bauman of World Relief. Michael Wear, who directed faith vote outreach for Obama’s reelection campaign, helped to organize that effort.

Serene Jones, president of Union Theological Seminary and a signatory to the new letter, said she was “devastated” to learn that a group of prominent faith leaders, “my brothers and sisters in Christ,” had asked the President for a religious exemption in the forthcoming order. “In other words, they asked that people of faith be given special permission to discriminate,” she wrote in an op-ed for TIME last week after the first group’s letter became public. “It’s simply theologically indefensible.”

It remains to be seen how the White House will respond. For now, the dueling positions are one more reminder that, despite increasing public support for gay rights, tensions surrounding the matter still divide religious communities across the country. 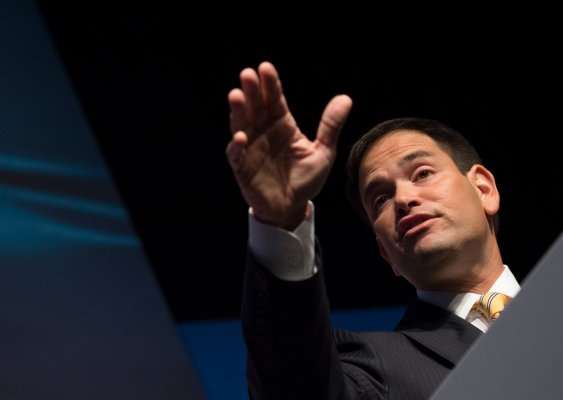