The first episode of Extant (CBS, Wednesdays) establishes with several quick cues that you are looking at the future. When astronaut Molly Woods (Halle Berry) washes up in the bathroom, she pulls up a news feed on the mirror. The garbage can outside her house is a transparent prism that compacts trash elegantly. Also, the show seems to posit an alternative universe in which CBS airs high-profile new dramas and they’re not about cops or lawyers.

That particular aspect of the near-term future has been ushered in by Under the Dome, the loopy but successful Stephen King adaptation that, now in its second season, has turned a small town in Maine into a menacing butterfly garden under glass. Now CBS is premiering Extant, a Steven Spielberg-produced joint about the eerie aftereffects of a long-term space mission; next summer, the network will air Zoo, a James Patterson thriller about a when-animals-attack pandemic. For the law-and-order-bound CBS, the summer season is like the sleepaway camp in The Interestings, a place where it can let its hair down and pretend to be a different, more adventurous network for a few weeks.

I’ve only seen one episode of Extant, but if that means we get more intriguing experiments like this in years to come, then long live the Dome. (I say this with the caveat that Under the Dome looked intriguing after one episode too.) Extant also has a high-concept mystery at its center: Molly has just returned from a 13-month mission on a space station, alone–yet she’s pregnant. But from the early looks of things, what’s driving Extant is not a single who-or-what’s-the-daddy mystery, but the show’s ideas.

Granted, most of those ideas are nothing new under–or rather orbiting–the sun. Molly’s predicament, explored through flashbacks to her lonely time working in space, has elements of 2001‘s austere spookiness, with a touch of Gravity and Solaris thrown in. There’s an element of high-tech corporate conspiracy that recalls Alien and any number of other sci-fi films. And the series’ compelling Earthbound plot is straight from Spielberg’s (and Stanley Kubrick’s) A.I.: the family Molly has returned to is her husband John (Goran Visnjic), a cybernetic scientist, and their son, or “son,” Ethan (Pierce Gagnon), an artificially intelligent, lifelike robot and the crowning achievement of the ambitious John’s career.

But the sci-fi mashup at least comes together promisingly. The first hour hints at eventually tying together forces involved in John’s research with Molly’s immaculate conception. But what’s really interesting in the restrained, pleasantly cool debut are the dynamics in the unusual Woods family. John, we eventually see, seems more fully accepting of having, and loving, a son who has a battery pack between his shoulder blades.

Ethan serves a research purpose; he’s an experiment in “teaching” service androids to socialize with humans by “giv[ing] them the human experience.” Even other scientists are skeptical; John, meanwhile, may be blinded to warning signs both by professional ambition and by paternal protectiveness: asked at a presentation if he has a plan to disable Ethan should something go wrong, he snaps, “Do you have a child?… Do you have a plan to kill her?” Molly, meanwhile, is clearly more dubious of how human, or safe, Ethan is, even as she works to bond with him and reconnect with her family. Spielberg handled this material wrenchingly in A.I., which may be the most emotionally disturbing movie he ever made; if a CBS series became nearly that raw, that would be something.

It’s way too soon to say whether this jumble works, but it’s promising that Extant‘s premiere seems confident enough to play it cool and mysterious rather than hammer us with holy-crap moments. Surprisingly for a TV vehicle for an Oscar winner, the pilot doesn’t give Berry a string of showy, actorly moments. Her performance is reserved, bordering on seeming a little shell-shocked, as Molly works on getting her Earth-legs back under her; the show’s direction is quiet and composed. And the teases we get about the possible cause of her pregnancy have the potential to become either a compelling enigma or starchild hooey.

In the end, Extant may simply be boldly going where many other sci-fi stories have gone before, all at once. But for a summer network drama, it’s at least charting a bit of a different course. 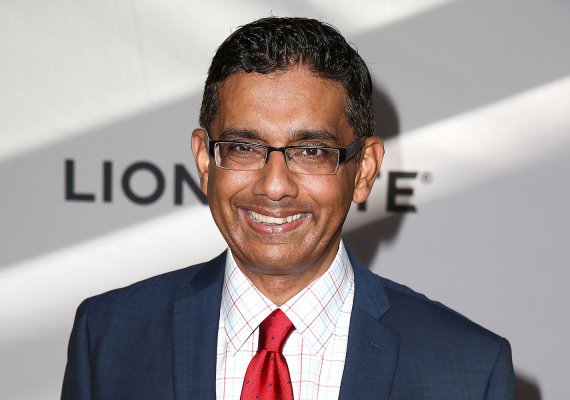