Berry talks science—and gets it righter than most
Trae Patton/NBC; NBC via Getty Images
By Jeffrey Kluger

It’s not often Halle Berry’s name comes up in scientific circles, but today, the actress—who’s starring in CBS sci-fi thriller Extant—is all the buzz, after telling David Letterman that she believes aliens exist. Dr. Berry joins Bill Clinton, who made a similar admission to Jimmy Kimmel back in April, and as I said at the time, there’s solid science backing the we-are-not-alone community.

Some of the case for ET is based on simple numbers: the 300 billion stars in our galaxy, the 100 billion galaxies in the larger universe, and the recent discovery of thousands of planets or candidate planets in the Milky Way, thanks to the Kepler Space Telescope. Those thousands suggest there could be billions or trillions more.

Exobiologists disagree on the likelihood of life emerging on any of those worlds, but if you belong to the life-is-easy school (which I do) there’s reason for optimism, thanks to a simple equation: water plus hydrocarbons plus energy plus time may equal life. That’s how we got here—and who said we’re so special that the formula can work only once?

But Berry does get one thing very wrong when she says, “…it might take us 20 years to get to those other life forms, but I think they are out there.” Sorry Halle, but 20 ain’t happening. Unless we find a microorganism in water deposits on Mars (a legitimate possibility) or something living in the warm, salty oceans of Jupiter’s moon Europa, or on one of the handful of other moons in the solar system thought to harbor water, making contact with any species—particularly an intelligent species—across billions of light years of space is the very longest of cosmic long shots. We may not be alone, but that doesn’t mean we’ll be hosting extraterrestrial dinner parties any time soon.

Correction: The original version of this story misstated who Halle Berry told she believes in aliens. 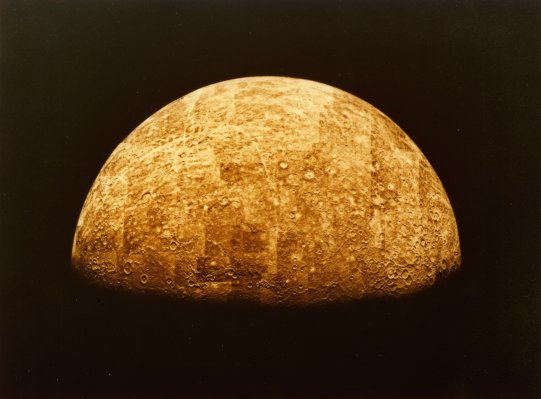 Why the Planet Mercury is So Utterly Peculiar
Next Up: Editor's Pick