Janet Yellen Is the Future of Powerful Women

Janet Yellen during a Senate confirmation hearing on her nomination to be the next chairman of the U.S. Federal Reserve in Washington, D.C., on Nov. 14, 2013
Joshua Roberts—Reuters
By Liza Mundy

Don’t be fooled by Janet Yellen’s stamp collection. It paints her as pleasingly old-fashioned, not to mention somebody with a lot of time on her hands—a throwback to a bygone era of quiet Sundays, non-digital pastimes, and that exciting phenomenon called “air mail.”

But Yellen is not an old-fashioned kind of woman, nor is she likely to have much free time for hobbies. Instead, she’s about to become the first female chair of the Federal Reserve, the capstone to a storied career that includes membership on the White House Council of Economic Advisers and the Federal Reserve Board of Governors and presidency of the Federal Reserve Bank of San Francisco, not to mention a number of other academic and policy posts. She will be 67 years old when she assumes her new position on Feb. 1. Already two years past the traditional retirement age, Yellen will embark on her next and weightiest chapter, taking on the job of head of the nation’s central banking system. In contrast, her immediate predecessor, Ben Bernanke, was in his 50s when he assumed the post.

Yellen’s later-in-life ascension raises the possibility that women’s careers have a different trajectory than men’s traditionally do—but also that women may be defining a new career trajectory for everybody.

One emerging insight, among those who study work-life issues, is that women’s careers may peak later than men’s. That revelation could prove immensely helpful for families: If women—and men—re-orient their thinking to accept that significant achievement can, and should, occur well beyond midlife, they may be able to strike a work-life balance with less dissonance and tension. Life is long, and we now know that parents who dial back their work hours when their children are younger can still ascend to the highest career heights. There is a lot of work life left, after all, when the nest empties and the college tuition bills roll in.

It’s a liberating notion, really, to think that you don’t have to accomplish everything in your life, or “have it all,” simultaneously; that leaning out during one life stage doesn’t preclude leaning in later. Along these same lines, any number of workplace experts and career gurus are urging women to think of their career not as a “ladder,” but as a lattice or a jungle gym: Horizontal moves are followed by upward ones, followed by horizontal ones, and so on. It may take longer to get to the top, but it doesn’t mean you won’t reach it eventually.

And as more men make some of the same choices and job sacrifices that women do—opting out or dialing back during the peak parenting years—this pattern, too, may hold true for them.

To be sure, stretching the career trajectory isn’t always a choice; it’s a necessity for low-income or middle-class workers now more than it has ever been. As a result of the recession and its lingering aftermath, the depletion of savings, the loss of homes and other assets, and the inadequacy of 401(k) and other retirement plans to fully replace wages, Americans are already finding themselves working well past the traditional retirement age. For many, particularly men and women who have worked in demanding physical jobs, this is not a welcome development.

But it’s one we should all get used to, and learn to embrace: In the future, many of us will be like Yellen, postponing retirement pursuits or maybe combining them with part-time work. Happily, Yellen—described by Slate writer Matthew Yglesias as the “best-qualified Fed Chair ever,” with “a level of experience that’s unprecedented in the history of the system”­—is part of a group of women who are showing that working later can mean getting the plum position you have been tenaciously and methodically working toward for decades. Hillary Clinton, who was in her fifties when her tenure as First Lady ended, followed those White House years with a steadily unfolding second act: as U.S. Senator, presidential candidate, U.S. Secretary of State—and, quite possibly, as presidential contender once more. If Clinton does run for president in 2016, she will be close to 70.

And look at Associate Supreme Court Justice Ruth Bader Ginsburg, handing down Supreme Court opinions into her 80s (she was 60 when she took her seat on the high court). Then there’s First Lady Michelle Obama, jauntily brandishing her AARP card upon her recent 50th birthday. After “opting out” of her own career to serve as First Lady and parent her school-aged daughters, Mrs. Obama—if she likes—soon will be poised to re-enter a paid workforce that, one imagines, will be eager to receive her. All around are signs that, for women, professional life isn’t over at 60, or 65, or even 70. On the contrary, they may be just getting warmed up.

Liza Mundy is Director of New America’s Breadwinners and Caregivers Program, which seeks to reframe the conversation to reflect the enormous changes that have taken place within families, workplaces, and the lives of men and women during the past several decades. 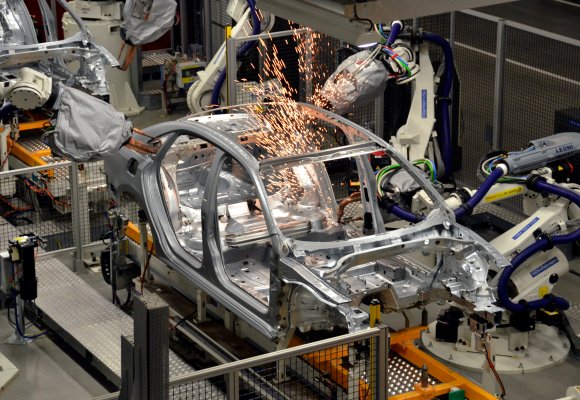 Management is from Mars, Labor is from Venus
Next Up: Editor's Pick