LeBron James of the Miami Heat during Game Five of the 2014 NBA Finals at the AT&T Center on June 15, 2014 in San Antonio, Texas. The Heat lost the game -- and the series
Andy Lyons—Getty Images
By Sean Gregory

Remember four years ago? When pretty much everyone hated LeBron James for making a spectacle of his free agency, for ditching his championship-starved home city of Cleveland — actually, James is from Akron, but close enough — for the South Beach sun? In Cleveland, they were burning jerseys and tearing down that ten-story mural of him. And people across the country sympathized with those poor Cleveland fans. Everyone could relate. Who hasn’t gotten their hearts broken?

The masses delighted when James faltered in the 2011 Finals, when Dallas beat the Heat in six games, and when James delivered this tone-deaf stinger of a post-game quote:

Really? He just doesn’t get it, does he?

Those times seem pretty distant, as James started winning championships, and drawing comparisons to Michael Jordan. He matured, played with more joie de vivre, and developed a post-up game. He expressed regret about how the “Decision” played out. Even after a rough loss to the San Antonio Spurs in this year’s NBA finals, James is still the best player in basketball, and one of the most popular athletes on the planet. He’s earned the max-contract he will receive during this free-agency go-round.

But could he really be flirting with a return to Cleveland? Even after the Cavs owner Dan Gilbert tore him apart — in a laughable open letter — as LeBron made his exit? Even after the Cavs have stunk since he left the team? According to Yahoo! Sports, James’ agent, Rich Paul, “has been funneling belief into the organization that the Cavaliers are in a strong position to lure James from the Miami Heat.” Getting James back in a Cavs uniform, says Yahoo!, “has been something of a mission” for Paul. Twitter went a bit berserk when veteran LeBron-watcher Chris Broussard, of ESPN, tweeted that “Cleveland has replaced Miami as my frontrunner to land LeBron James.”

Now, we’re still in the mass speculation stage of free agency — though have we added that James’ wife reportedly wants him to sign with Cleveland, and the Cavs took down Gilbert’s manifesto from their official website on Monday? James could very well sit down with Pat Riley this week and be sold that Miami will compete if the Big Three stick together (though Riley’s two free agent signings so far to support them, Josh McRoberts of the Charlotte Bobcats and Danny Granger of the Clippers, are underwhelming).

If the LeBron-to-Cleveland chatter isn’t true, he needs to squash it, now. Because the longer James actually flirts with the Cavs, the more he risks jilting Cleveland a second time if he stays in Miami or heads elsewhere. And if he jilts Cleveland, again, the move would dredge up bad memories. All the goodwill James has built over his four seasons in Miami could crumble.

Though I bet it won’t. Fans have seen that James’ decisions have been carefully considered, and have actually worked out for him. Back in 2010, they identified him as a Cleveland Cavalier. The team drafted him, made the finals with him, faltered with him. After two championships and four finals appearances, he’s a Miami guy. Leaving Cleveland the first time stung. Exploring a comeback to Cleveland, the ultimately deciding that it’s not the best move for his career — hey, that’s just business. The mad emotional tie between James and Cleveland has faded.

No matter where he suits up next season, LeBron is not the self-centered kid of 2010. He’s a two-time champion, one of the most accomplished and amazing players ever. Any respectful hoops fan will appreciate his talents, whether they’re on display in South Beach or on the shores of Lake Erie. 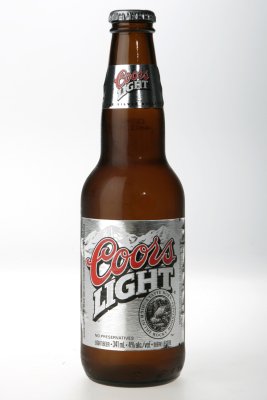