A Guy Named Alpacino Has Been Accused of Murder

Sometimes life really does imitate art. At least, that seems to be the case for 29-year-old Alpacino McDaniels.

Yup, this guy is really named Alpacino, and he’s really been charged with murdering three people, the San Francisco Chronicle reports. He also faced additional charges for gun possession, and he has previous convictions for drug dealing and evading police.

Since he’s named after Al Pacino, you’d think he was trying to emulate the iconic Tony Montana from Scarface. But, twist! According to the San Jose Mercury News, McDaniels’ street name is actually Capone — so in that case, he should probably change his legal name to Robertdeniro McDaniels. 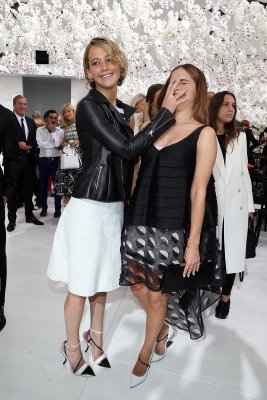 J-Law Casts Demons Out of Emma Watson at Paris Fashion Week
Next Up: Editor's Pick