Can Hermione From Harry Potter 'Have It All'?

It’s commonly accepted that “having it all” — the catchall phrase for a person, usually a woman, having a fulfilling career and family life all at once — isn’t easy. Anne-Marie Slaughter famously thinks it’s possible, but not in today’s world. The CEO of Pepsi, Indra Nooyi, says it’s just not possible. Kim Kardashian, apparently, believes it can be achieved if you work really hard — despite any evidence to the contrary.

But maybe it’s even harder than anyone thought — so much so that even magic doesn’t make it easy.

In her newly released update on the denizens of the Harry Potter universe, which arrived July 8 in the form of a Rita Skeeter gossip column posted to Rowling’s Potter hub Pottermore.com, author J.K. Rowling included this tidbit on the life of Hermione Weasley (née Granger):

This is unsurprising: Rowling has made clear in the past that the question of “having it all” is one with which she’s wrestled. Rowling has said in the past that Molly Weasley’s lack of a day job doesn’t make her “just a mother”; that there’s a level of equality possible in the wizarding world that’s rare in ours, since there’s no question that both sexes can be just as good at spells; and that Hermione — who Rowling says is an “exaggeration” of herself — shows how difficult it is to live up to external ideas of what’s expected of a woman. Those familiar with Rowling’s pre-Potter days will may also see a real-life parallel, as she’s described her status at that time as “full-time mother, part-time worker, secret novelist.” As Hermione and her creator—and even the actress who played her—have learned, fame and money can make working women busy in a different — but still imperfect — way.

But, in a way, the answer to the question of having it all is buried in that snippet about Hermione — and the answer is “yes.”

After all, Rita Skeeter, in whose voice Rowling has presented her latest story, isn’t exactly a reliable narrator. Rather, she’s invested in putting Hermione down, and her proof that Hermione can’t have it all is one that Rowling herself has already countered. Hermione’s hair is unruly, and we know that even witches are subjected to unrealistic standards of beauty (well, unrealistic for non-veela witches, at least), but we also know that there are magical ways to fit in. A little Sleekeazy’s Hair Potion could make Hermione’s hair lie flat, but in Harry Potter and the Goblet of Fire, Hermione notes that it’s just too much of a bother to spend a lot of time every day worrying about her hair.

If Hermione’s hair doesn’t match Rita Skeeter’s standards, that’s her prerogative — and that sounds, in terms of having it all, pretty magical. 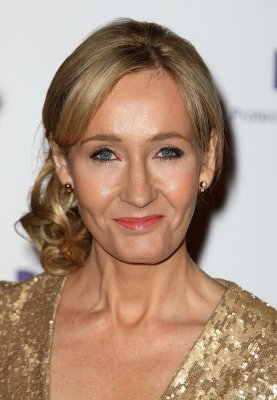