This is a reconstruction of the world's largest-ever flying bird, Pelagornis sandersi, identified by Daniel Ksepka, Curator of Science at the Bruce Museum in Greenwich, Conn. Reconstruction art is by Liz Bradford.
Liz Bradford
By Laura Stampler

Scientists have identified what they believe to be the largest bird to have ever lived.

According to a paper published in the Proceedings of the National Academy of Sciences Monday, a bird with a wingspan of about 21 feet soared through the skies some 25 million years ago. That’s double the size of a modern Royal Albatross and, according to the Associated Press, bigger than a giraffe’s head.

While the bird’s giant size led to some clumsiness on land, flight analysis estimates that the creature traveled up to 50 feet a second in the air.

“This was a pretty impressive creature,” Bruce Museum paleontologist Daniel T. Ksepka told the Wall Street Journal. “Science had made a rule about flight, and life found a way around it.”

The ancient bird’s sizable skeleton was discovered in 1983 near a Charleston, South Carolina airport. 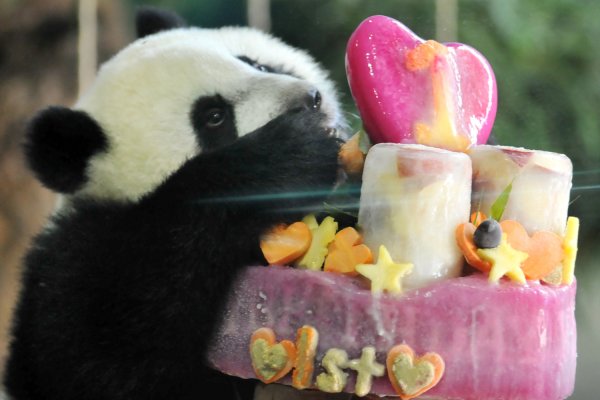 This Panda Had The Best First Birthday Party Ever
Next Up: Editor's Pick