Elephants Are Tortured and Trafficked to Entertain Tourists in Thailand

An elephant lifts a tourist during a show in Pattaya, Thailand on March 1, 2013.
Pornchai Kittiwongsakul—AFP/Getty Images
By Charlie Campbell

Wild elephants are being captured in Burma and mentally broken through savage beatings as traffickers seek to profit from a lucrative trade to Thai tourist parks, claims a new report.

According to wildlife-advocacy group TRAFFIC, poachers in Burma, officially known as Myanmar, corral elephants into jungle pits, after which older animals are slaughtered and the more valuable young ones tortured into submission before being trafficked over the porous border to entertain tourists vacationing in the self-styled Land of Smiles. (Formerly, elephants in Burma might have been put to work in the logging industry, but recent curbs have put this trade under threat.)

Sangduen Chailert, popularly known as Lek, has worked in elephant conservation in her native northern Thailand for 20 years. “When they catch a wild baby elephant, some [poachers] told me that in the jungle it’s like a killing field,” she tells TIME. “To take one baby they must kill the mother and the aunties, and it is very risky for the baby as it’s difficult for them to survive without their mothers.”

Thailand vowed to clamp down on the trade in February 2012, yet as elephants can be registered and microchipped anytime up to the age of 4, there is ample opportunity for young trafficked animals to be passed off as locally reared.

“There are gaping holes in the current legislation, which do little to deter unscrupulous operators passing off wild-caught young animals as being of captive origin and falsifying birth and ownership documentation,” said Joanna Cary-Elwes, campaigns manager for Elephant Family.

Healthy young elephants typically fetch more than $30,000 in Thailand, according to TRAFFIC. Venal officials often facilitate their illicit movement across Southeast Asia, even shipping them as far as China or South Korea after giving the animals new identities in Laos.

Lek, who was named one of six Women Heroes of Global Conservation by former U.S. Secretary of State Hillary Clinton in 2010, says educating tourists is vital to combat the trade at the source. Some 6,500 elephants currently live in Thailand, around 2,500 of which are wild-caught.

“Tourists want to see the elephants painting and doing lots of things, especially riding,” she says, but “tourism work is actually the most disturbing to the elephant” as “when logging they only work for part of the year.”

The TRAFFIC study says up to 81 live elephants were illegally captured for sale to the Thai tourist industry between 2011 and 2013. Lax implementation of current antitrafficking provisions means the current plod across the mountainous Thai-Burmese frontier may soon become a stampede once again.

“Unless urgent changes are made to outdated legislation and better systems are introduced to document the origin of elephants in tourist camps and other locations across Thailand, things could quickly revert to their previous unacceptable state,” says Chris Shepherd, TRAFFIC’s regional director for Southeast Asia. 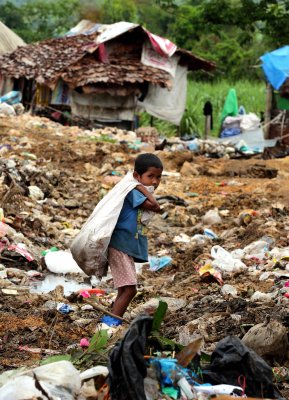