When Kim Il Sung’s heart stopped beating exactly 20 years ago — on July 8, 1994 — the propagandists didn’t let the mere fact of his death get in the way. The 82-year-old founder of the Democratic People’s Republic of Korea was revered like a god in life — and after it.

Two decades later, mythmaking is as important as ever for Kim’s grandson, dictator Kim Jong Un, who has just led the official memorial to the Great Leader.

North Korean propaganda casts the Kims as protectors of a country under siege. School children learn that Kim Il Sung was an exceptional warrior who, while camping at the base of Mount Paektu with his comrades, defeated a force of Japanese colonialists. He later repelled the imperialist Americans in the 1950–53 Korean War.

According to official history, his heir, Kim Jong Il, was born at the base of the same scared mountain, and the birth heralded by a rainbow. According to North Korean hagiography, Kim Jong Il grew up to become a master tactician, writer and filmmaker. Legend has it he shot 11 holes-in-one in his first ever round of golf.

Kim Il Sung’s North Korea was never the socialist paradise portrayed on posters, but through the 1960s it was at least a functioning, if brutal and repressive, state. The collapse of the Soviet Union and disastrous agricultural policies changed that. In the 1990s, while successor Kim Jong Il practiced his soon-to-be-legendary swing, North Koreans starved.

Channeling his granddad reinforces Kim Jong Un’s link to a not-so-distant revolutionary past. Since coming to power in 2011, he has promised to push ahead with the twin development of his country’s economy and nuclear-weapons program. He has made good on the second part, conducting the country’s third nuke test, while keeping up the violent rhetoric and threatening, among other things, to rain fire on the U.S. “Break the waists of the crazy enemies, totally cut their windpipes and thus clearly show them what a real war is like, ” he once urged his soldiers, according to state media reports.

An actual conflict would almost certainly cost him his kingdom. But young Kim knows that for North Korea to survive he must convince his people that the enemy is at the gate — and that he, alone, can stop them. Grandad would have approved. 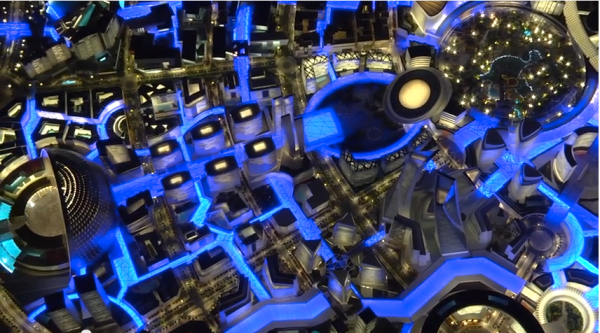