It's Lack of Exercise—Not Calories—That Make Us Fat, Study Says

A new study published yesterday in the American Journal of Medicine reported over the last 20 years there has been a sharp drop in Americans’ physical exercise, and an increase in average body mass index (BMI), but that average caloric intake has remained the same.

“At the population level, we found a significant association between the level of leisure-time physical activity, but not daily caloric intake, and the increases in both BMI and waist circumference,” said lead study author Dr. Uri Ladabaum, an associate professor of medicine at Stanford University School of Medicine in a statement.

The drop in physical activity is worrying, but it’s worth taking a closer look at the reseach. The dataset in this study did not show that Americans were consuming more calories over the 20 year period—but it should be noted that USDA data shows that Americans are consuming about 500 calories per day more than they did in the 1970 and 800 calories more than Americans in the 1950s.

It’s certainly true that Americans are more sedentary than they used to be, but when it comes down to it, calories are a major component when it comes to weight gain. And though the researchers report that calorie intake hardly changed, they did not look at the makeup of the participants’ diets. Therefore, they have no idea where people were getting their calories—home cooked meals, fast food, processed food?

It’s true that we’ve started relying too much on calories, and the simple advice of eat less exercise more isn’t always the answer. Well-respected researchers in the nutrition community argue what’s more important is avoiding the refined carbohydrates like white bread and sugary processed foods which have become staples in our diets. Instead, we should focus on better food quality, and of course, getting more physical activity.

The obesity epidemic is caused by many factors, and it’s solution will have to incorporate many different strategies. At this point, we know that, and pulling out one cause ultimately isn’t productive—or accurate.

What we should take away from this new study is that Americans are moving less and less—and that’s bad news. 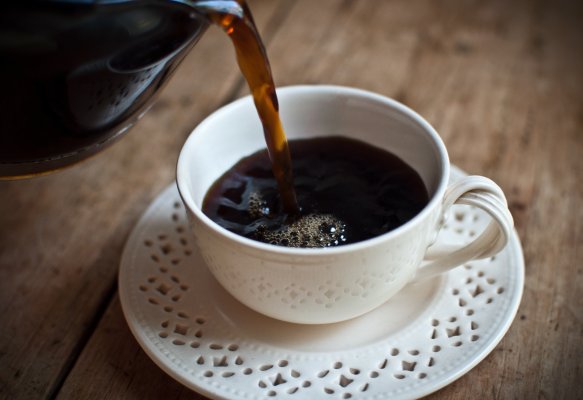 5 Reasons to Drink Coffee Before Your Workout
Next Up: Editor's Pick