A federal judge on Monday granted preliminary approval of a $765 million settlement between the National Football League and the lawyers of more than 4,500 retired players who sued the league for allegedly covering up risks from concussions and head injuries.

The more than 20,000 eligible retired NFL players and their beneficiaries will now vote on the settlement, which eliminates the cap on damages that the NFL would pay to retirees with particular neurological conditions, the New York Times reports.

The new settlement addresses the concerns of U.S. District Court Judge Anita B. Brody of the Eastern District of Pennsylvania, who rejected the original $675 million settlement terms in January because she thought the funds would not last the duration of the 65-year settlement, the Philadelphia Inquirer reports. To reduce the risk of fraudulent claims, the new terms also allow the NFL to challenge retired players’ claims.

Last week, seven players formally objected to the terms of the settlement. They can appeal it if the judge does not take their objections into account, and no money will be awarded until all the appeals processes are completed. 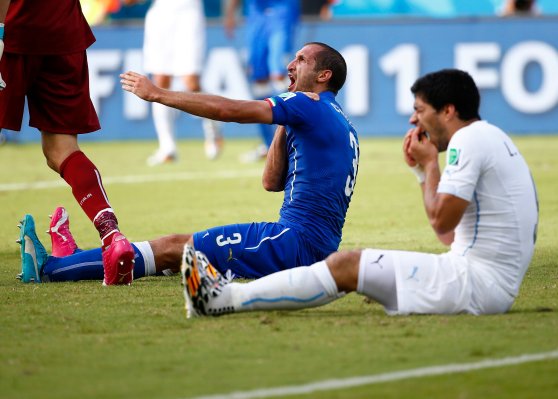 What's a Nibble? 5 Other Scandals to Have Rocked the World Cup
Next Up: Editor's Pick