Memorial to Murdered Boy Denied Request to Use Superman Logo

The Superman costume as worn by Christopher Reeve in Superman III is displayed at the Auction House of Bonhams and Goodman on May 23, 2009 in Melbourne, Australia.
Mark Dadswell—Getty Images
By Charlotte Alter

A memorial to a Canadian boy who loved to dress up as Superman before he was starved to death by his grandparents will not be allowed to use the Superman logo, CBC News reports.

DC Entertainment refused to allow the famous “S” to be used on a memorial to honor five-year-old Jeffrey Baldwin, who was starved to death by his grandparents in 2002. The company confirmed that the memorial could not use the logo, but made no further comment on the issue.

Baldwin’s grandparents, who had custody of the boy and three of his siblings, were convicted of second-degree murder in 2006 after the boy was found locked in a urine-soaked bedroom, weighing only 21 pounds.

Todd Boyce, an Ottowa resident who heard Jeffrey’s story after his death, has raised money for a statue of the boy, and wanted to see him depicted in his Superman costume. Jeffrey’s father Richard testified in court that before his teenage parents lost custody, Jeffrey loved to dress up as the superhero and pretend to fly.

“He wanted to fly,” Baldwin said, according to CBC News. “He tried jumping off the chair. We had to make him stop. He dressed up [as Superman] for Halloween one year. He was so excited. I have that picture at home hanging on my wall. He was our little man of steel.”

But DC Entertainment refused to grant the rights for the Superman logo to be used on a statue of the boy. “Basically they didn’t want to have the character of Superman associated with child abuse. They weren’t comfortable with that,” Boyce told CBC. “To be fair to DC I don’t think they wanted to say no. I think they gave it serious thought.”

The statue will still feature Jeffrey in a Superman costume, but the central logo will be a J, not an S. It’s expected to be unveiled in September.

Superman’s not the only fictional character to cause postmortem conflict. The family of a murdered Army sergeant wanted to bury her under a memorial shaped like SpongeBob SquarePants, her favorite cartoon character, but the Cincinnati-area cemetery objected to this plan. 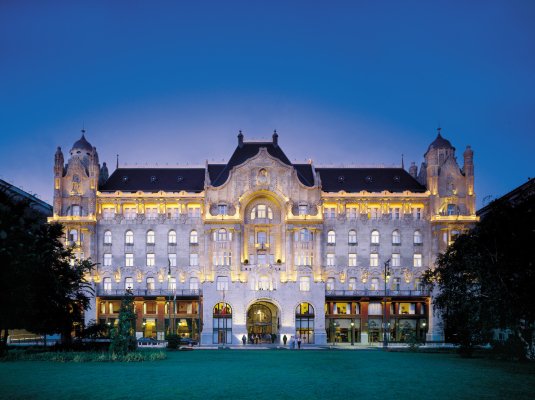