Why the Tiger Mom's New Book Makes You Nervous

Amy Chua is an easy whipping post. After all, she’s the iconic Tiger Mom who blithely bragged about her extreme parenting methods in her book 2011 Battle Hymn of the Tiger Mother. Overnight, she became the archetype of the nightmare Asian mom, hell bent on raising uber-achievers at all cost.

I thought Battle Hymn was a humorous, breezy read, but many people (who probably never read the book) were outraged. No wonder, then, that critics and pundits would be looking for signs of hubris and depravity in Chua’s latest work.

Chua’s most recent book, The Triple Package, written with her husband and fellow Yale Law School faculty member Jeb Rubenfeld, looks at success in America—specifically why certain groups (Jews, Indians, Chinese, Iranians, Lebanese, Nigerians, Cubans, and Mormons) succeed. In a recent New York Times article, they offer a synopsis of the book, citing what they regard as the three pillars of success: (1) “a superiority complex—a deep-seated belief in their exceptionality”; (2) “insecurity—a feeling that you or what you’ve done is not good enough”; and (3) “impulse control”—essentially self-discipline.

Already, the criticisms are reaching a crescendo. This time, though, Chua is condemned not just as an arrogant elitist and abusive mother but something else: racist.

Suketu Mehta writes in TIME that the book represents “the new racism—and I take it rather personally.” Mehta adds that “the language of racism in America has changed . . . It’s not about skin color anymore—it’s about ‘cultural traits.’”

In a follow-up to Mehta’s article, Anna Holmes argues that the “new racism” in The Triple Package is just a continuation of “the same old racism.” Her verdict on the book: “It’s the same old garbage, in a slightly different, Ivy League-endorsed disguise.”

The tenor of a lot of the criticism has been angry, hostile and extremely personal (Chua seems to get singled out much more so than her husband). And, I think, racist. The fact that some of the slings come from minority group members doesn’t make the criticisms less vicious.

What gives the attacks a distinct racist tinge is that Chua is reduced to a stereotype—a Dragon Lady, of sorts. This time, though, the Dragon Lady is not the evil seducer of old Fu Manchu movies, but the new evangelist of racial superiority. Maureen Callahan writes in the New York Post: “[Chua] used her heritage and all the worst stereotypes of Chinese women — cold, rigid Dragon Ladies.”

Chua is under attack because she and Rubenfeld are talking about ethnicity in a way that makes people uncomfortable. She’s writing about differences among divergent groups (ethnic or otherwise) and how those differences enter into the equation of success, as measured by education and socio-economic achievement (and yes, that definition of success has become a flash point too). The fear is that acknowledging those differences is to place cultures in a hierarchy, to be elitist. Jie-Song Zhang, for instance, writes in a rambling but somewhat poetic essay on The Huffington Post that Chua is adding “pollutants to our social eco-systems, strengthening the perception of difference, distance, and opposition between our communities.”

Of course, many children of immigrants no longer buy the narrative that their culture has been a primary driver of their success. Mehta, for one, writes that he is chagrined when relatives send him emails lauding the success of Indians. He says his family thrived in America not because of the “triple package” but because “my uncle in Detroit, an engineer, brought us over on the family reunification bill, not in shackles or in steerage.”

And that’s fine. We can all disagree about the origins of success and what success means.

But what’s outrageous about some of the criticism against Chua is that it essentially censors discussions that might touch a nerve. Labeling the speaker or the topic as exclusionary or racist is a quick way to undermine the legitimacy of the whole conversation.

All of this speaks volumes about how uncomfortable we are about talking about race, ethnicity, and success in America. And that this discussion is now being propelled by the Tiger Mom makes a lot of people nervous.

Chen is the creator and chief blogger of the Careerist and a senior reporter at the American Lawyer. The views expressed are solely her own. 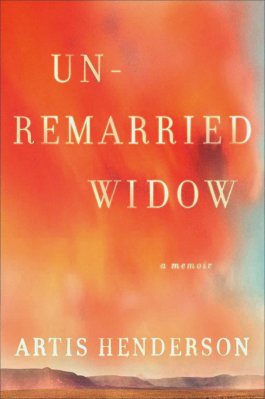 An Army Wife Mourns the Day Her Husband Dreamed His Death
Next Up: Editor's Pick