The Death of Phones

I remember my first cell phone. It was a hand-me-down Motorola StarTAC from my father.

As many who had cell phones during this time will remember, there was a liberating feeling in being able to talk to any one, any time, any place.

Smartphones didn’t exist at this point in time, and as the cellular industry grew, it went on a run where the central value of the device was telephony. Those days are gone. The phone as an app is the popular way to think about the role of telephony on a mobile device today.

While telephony still exists via an app on mobile devices, it’s not the central reason for buying a smartphone in today’s world. What are consumers buying? This is where the taxonomy breaks down. They aren’t buying a phone. While we call it a “smart phone,” those words are just labels.

When you sit down and really watch people use their smartphones, what are they doing? They take pictures, watch movies, check in on Facebook or Twitter, read the news, play games and more. So what if instead of buying a smartphone, consumers are buying cameras, mobile gaming consoles, portable TVs, newspapers, and whatever else the smartphone can turn into thanks to software?

While this may seem obvious, I’m not sure it’s obvious to consumers: Rather, it’s very subconscious. They may not realize cognitively they are shopping for a pocketable camera, game console, or TV, but they know they want those features and they want them to be great.

I think Benedict Evans summed up my thinking on this in this very poignant tweet:

This same thinking applies to tablets. What tasks the tablet absorbs are still being fleshed out, but we are seeing it absorb the load from the PC, the TV, magazines, books and more. The use cases the tablet can take on are only limited by its hardware and software evolution.

What makes all this interesting is that prior to smartphones, we bought a telephony device and that was it. Now consumers are buying this AND that, AND that, AND that, AND that all wrapped up into one product. As we look to how the landscape may evolve, we simply need to figure out what the next AND will be. 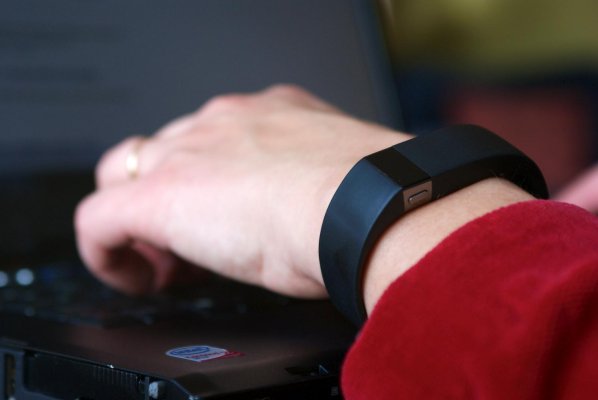 Where Wearable Health Gadgets Are Headed
Next Up: Editor's Pick