Almost 1 in 5 (18%) of high school seniors smoke waterpipes, or “hookahs”, according to a new study from New York University (NYU) researchers.

The new report, which is published in the journal Pediatrics, looked at a survey of 15,000 high school seniors from 130 public and private high schools nationwide and focused on a population of 5,540 students who were asked about their hookah use between 2010 and 2012.

The researchers found that about one in five seniors reported smoking hookah–waterpipes used to smoke specially-made tobacco–in the last year. And smoking hookah was more common among teens in big cities.

“What we find most interesting is that students of higher socioeconomic status appear to be more likely to use hookah,” said study author Joseph J. Palamar, an assistant professor of Population Health at NYU Langone Medical Center (NYULMC). “Surprisingly, students with more educated parents or higher personal income are at high risk for use.”

Cigarette smoking rates among young people are down, with a recent CDC report showing rates of cigarette smoking among high school students has dropped to its lowest level in 22 years. But public health workers are also worried about other tobacco and nicotine products like cigars, hookah, and e-cigarettes. A 2012 report showed a 123% increase in the use of other smokable tobacco products like cigars and pipes.

The researchers note, however, that smoking hookah doesn’t usually happen as often as cigarettes, and tends to happen more occasionally. Still, the researchers are worried about “hookah pens,” smoking devices similar to e-cigs which makes smoking hookah simpler. “These nifty little devices are likely to attract curious consumers, possibly even non-cigarette smokers,” said Palamar. Hookah tobacco tends to come in different flavors, and may be easier to conceal. 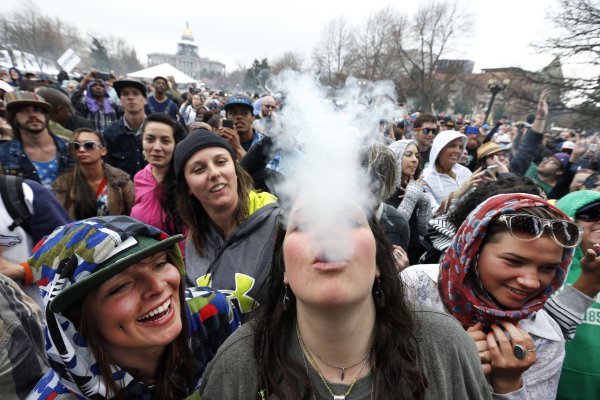