Only a few of the residents of the city of Slavyansk had the misfortune of going down into the basement of the local security headquarters, but most people in eastern Ukraine had heard of its existence. It was underneath the redbrick building on Karl Marx Street where the Russian rebels had set up their command center. Since Slavyansk became the rebel citadel in April, the basement has housed a variety of prisoners inside its rank and moldy walls, from journalists and local politicians to unlucky locals. Over the weekend the last of them were finally released as the separatist fighters retreated from Slavyansk, leaving the basement behind as a symbol of the nightmare from which this city now seems to be awakening.

Many aspects of the fighting in this town of 120,000 made life unendurable over the last few months, which is why up to half of its residents have fled. There were food shortages, power cuts and rebel-enforced curfews, not to mention the weeks of almost indiscriminate shelling by the Ukrainian army. But even before the government forces encircled the city in May, a sense of fear and frustration hung over it. It was usually expressed in one word that locals grumbled to themselves as the war ground on: bespredel, which means lawlessness or mayhem, and it has taken on a peculiar meaning in Ukraine this year.

In the sense of a total absence of government authority, the word first applied to life in Ukraine for a few days near the end of February, when a revolution chased the ruling government from power and all branches of the state collapsed overnight. Within a week, the lawlessness in Kiev subsided as the revolutionaries formed a new government. But it quickly resurfaced in the region of Crimea as pro-Russian separatists took power with the backing of the Russian military, and then it spread across the country’s eastern regions as a Russian backlash to the revolution took hold.

Only then did the mayhem take on its most lasting and grotesque quality. If the presence of Russian troops in Crimea gave that peninsula a semblance of military order during the Russian occupation, there was no such thing around Slavyansk and other towns in the eastern regions of Ukraine. They were abandoned throughout April and most of May to the separatist fighters, who established weird little fiefdoms across the region. Most were Russian volunteers who seemed to treat the conquest of Ukrainian land like a righteous crusade, driving around in commandeered vehicles and ransacking government buildings. Others were local criminals who reveled in their sudden impunity, hassling motorists at roadblocks made of trash and tires, and generally doing as they pleased.

Some of them, to be sure, were driven by a brand of Russian nationalism, the ideology that claims eastern Ukraine as the rightful dominion of Moscow, with the sincere desire to break Donetsk and Luhansk away from the rule of Ukraine’s new government and offer these territories up to Russia. But when the Kremlin refused to send in its tanks to conquer eastern Ukraine as it did with Crimea, the rebels grew increasingly erratic and authoritarian.

Locals would be detained and thrown into the basement on Karl Marx Street almost on a whim. Anyone the rebels perceived as disloyal to the separatist cause became targets, journalists included. My closest run-in with the rebel fighters of Slavyansk took me as far as the stairwell leading down into their basement, where they put a bag over my head and interrogated me about being a Western spy, releasing me only to avoid what one of their commanders called “international scandal.” Other captives were not so lucky. Simon Ostrovsky, an American reporter for Vice News, spent three days in that basement. Irma Krat, a journalist and activist from Kiev, spent more than two months down there, sleeping with only a rotting mat between her and the concrete floor.

There were no courts or higher powers to appeal to for their release. Russia has denied having control over the separatist forces, and it has only used its influence among them sparingly to win the release of hostages, usually military observers from Europe. For most of the time the only authority in Slavyansk was the whim of the rebel commanders. The most recent of these was Russian military veteran Igor Girkin, whose chambers were just above the basement prison in Slavyansk. His authority derived from the column of military vehicles that stood outside their headquarters, and from the cache of weapons his rebels had stored inside.

But in the past few weeks, their hold over the town began to erode under the hail of Ukrainian artillery fire, and it finally collapsed on Saturday, when Girkin ordered all of his men to quit their positions in Slavyansk and the neighboring towns. Before dawn they withdrew toward the regional capital of Donetsk, where they have pledged to continue their war. But the pervasive command they held over Slavyansk cannot be enforced in Donetsk. It is just too large – with a population of nearly a million – and there is no basement big enough to hold all the locals who want nothing to do with the separatists.

That does not mean the rebels have been defeated. The neighboring region of Luhansk is still dotted with their strongholds, close to the supply lines that run across the porous border with Russia. So the fighting there is sure to continue, as are the hardships of the local residents in the towns abandoned by the retreating separatists. The airstrikes and artillery fire from the Ukrainian army has caused massive damage to these towns, reportedly killing or wounding numerous civilians. As government forces retake control, many of the locals may be detained or charged for collaborating with the separatist fighters. But at least they no longer face the risk of being thrown into that dungeon. The lawlessness, at least in and around Slavyansk, is finally receding. 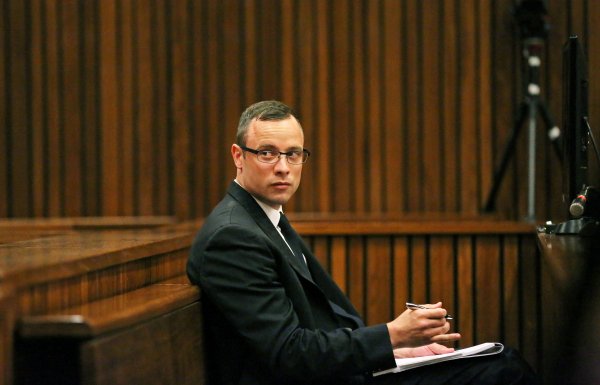