Normally a big weekend for movies, the Fourth of July holiday weekend was a disappointment for box offices this year, with new movies earning 44% less revenue than the same weekend last year — the lowest July 4 weekend in recent memory.

Melissa McCarthy’s new comedy Tammy, which she wrote with husband Ben Falcone, debuted with a $32.9 million domestic gross during the Wednesday through Sunday holiday period, according to The Hollywood Reporter. That figure falls short of her 2013 films — The Heat with Sandra Bullock opened to $39 million, while Identity Thief with Jason Bateman earned $34.6 million — but Dan Fellman, Warner Bros. distribution chief, defended its performance.

“There’s nothing wrong here,” he told The Hollywood Reporter. “It’s true that tracking was more favorable for us going into the weekend, but this was a $20 million movie. This is a movie Melissa did by herself with her husband. It doesn’t have a big supporting star like Sandy.”

Executives blamed weather on the East Coast for the lackluster box-office numbers, suggesting moviegoers might not have been eager to sit in a darkened movie theater during Saturday’s summer sunshine after being kept indoors and at home during widespread storms on Friday.

Coming in at the No. 1 spot again was Michael Bay’s Transformers: Age of Extinction, which raked in $53.8 million from Wednesday to Sunday, bringing its domestic gross to a total of $174.7 million. Internationally, it earned $95.8 million from 37 countries for a global total of $575.6 million — and it hasn’t even opened in much of Europe and Latin America as the World Cup continues. 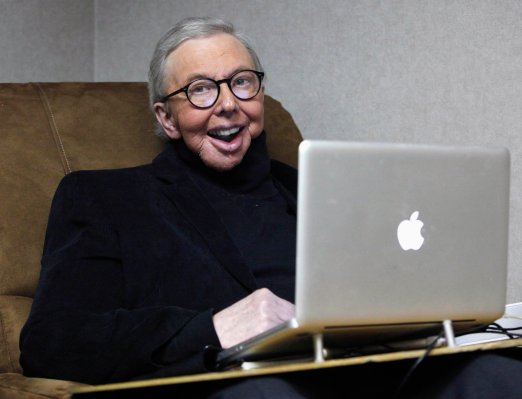 7 of Roger Ebert's Most Brutal Movie Reviews
Next Up: Editor's Pick