Congresswoman Waters Urges Blacks to Vote in This Year's Midterms

Democratic Congresswoman Maxine Waters urged African Americans on Saturday to get out to the polls in November for the sake of President Barack Obama’s legacy. The representative from California also stressed the historic significance of voting in the African American community during a year when the nation is celebrating the fiftieth anniversary of the Civil Rights Act of 1964.

“Midterm elections are just as important as presidential elections,” Waters said during a speech at the Essence Music Festival. “Think about your ancestors; think about their sacrifice. Think about all of those who gave their lives. Get to the polls.”

African American voters turned out at the polls in record numbers in 2008 and 2012. In 2012, 66.2% of eligible black Americans voted, outnumbering white voters for the first time in history. And black women, who are the target audience of the Essence festival, were primarily responsible for that surge. Essence is owned by TIME parent company Time Inc.

But 2014 is a midterm year, during which non-white voters often turn out in lower rates. And without a big name like Barack Obama up for election, many Democrats worry black turnout will revert back to their typically low levels this November, hurting their chances at the polls.

Waters also said the African American community’s legislative goals are at risk of dying in Congress if Republicans gain control of the Senate on top of the House of Representatives. Fighting for issues like the Voting Rights Act, raising the minimum wage, and improving health care, Waters said, should drive African American voters to the polls.

“We’ve got a lot at stake,” Waters said. “You have got to realize you don’t just vote in a presidential election. We cannot get a bill through. We cannot get anything done as long as [Republicans] are in the majority.” 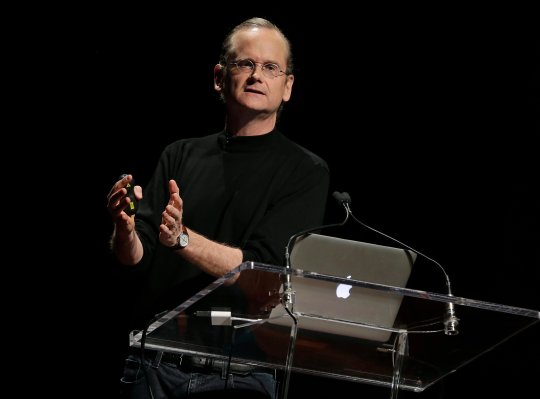