Bolivian lawmakers have approved new legislation that allows children as young as 10 years old to enter the workforce.

While the minimum age for child workers was previously 14 with no exceptions, the new bill is more flexible and allows children to start “working for others from age 12, which is allowed by international conventions, and self-employment from age 10,” said Senator Adolfo Mendoza, co-sponsor of the bill, reports AFP.

He emphasized that both the child and a parent or guardian must first voluntarily consent to the work and then seek permission from the public ombudsman.

Critics of the previous law argue that children younger than 14 years old must work to help support their families in the impoverished South American country.

Deputy Javier Zavaleta, co-sponsor of the bill, said he hoped it would help eradicate extreme poverty in the landlocked nation. “Extreme poverty is one of the causes, not the main one, of child labor,” he told AFP. “So our goal is to eliminate child labor by 2020. While it is ambitious, it is possible.”

“Poor families often send their children to work out of desperation, but these children miss out on schooling and are more likely to end up in a lifetime of low-wage work,” she added. “The Bolivian government should invest in policies and programs to end child labor, not support it.”

The bill has now been sent to Bolivian President Evo Morales and is expected to be signed into law. 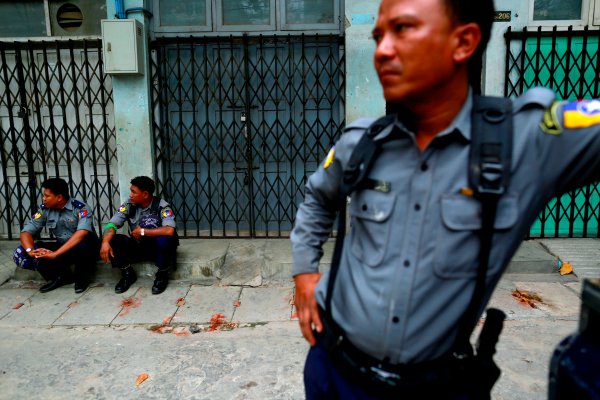 Once Again, Racial Tensions in Burma Turn Deadly
Next Up: Editor's Pick